It remains difficult to know exactly what is really happening… 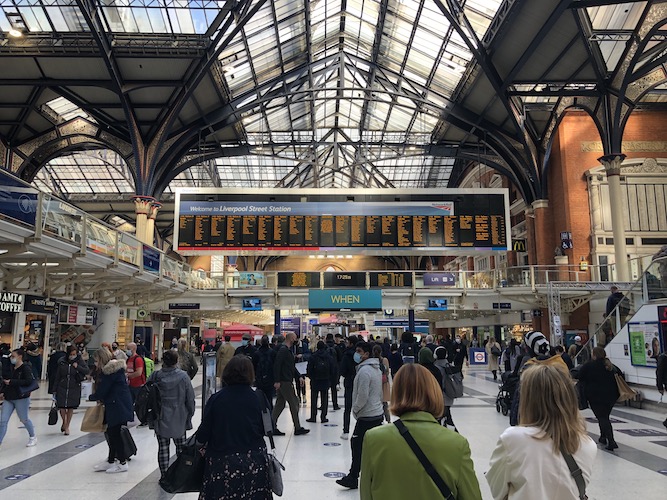 You’ll be familiar with startling stories about London’s population shrinking: in January there was a widely-publicised calculation that it might have plunged by an enormous 700,000; in May, we read of a huge drop in applications for primary school reception class places attributed to an “exodus” from London driven by the virus and Brexit.

But now we have some more numbers to ponder. Five days ago, the Office for National Statistics said London’s population on this day last year had risen to 9,002,488 – the first time it has officially passed the nine million mark and the highest number in the city’s history.

What explains the apparent variations in these data-driven stories? Obviously, the fact that the new ONS estimate is its mid-year calculation for 2020 – literally, 30 June – means that the impacts of only the first three months of the pandemic are reflected in it. But even so, these impacts were substantial.

The ONS says that in the year to mid-June 2020 there was a 13 per cent increase in the number of deaths across the UK compared with the twelve months before that, “reflecting the impact of wave one of coronavirus pandemic”. London did not escape this rise. And according to an alternative calculation by the Greater London Authority’s City Intelligence Unit, there were 10,000 more deaths than usual – “excess deaths” – in the year to 30 June 2020. Yet the capital’s population kept on growing anyway.

Of course, as the GLA emphasises in its presentation of them, the ONS mid-year 2020 estimates “do not account for changes to the population which may have occurred since then”. The headline-grabbing 700,000 calculation, which came out in January 2021, covered the pandemic period to that point in full. Was there, then, a precipitous collapse in London’s population size in the second half of 2020?

Well, it is important to remember that the 700,000 figure was subsequently challenged and much smaller conclusions, attracting little media excitement, drawn from the same Labour Force Survey figures. The other thing to say is that the ONS estimates are derived from different sources. Its mid-year population estimates are updates of 2011 Census findings using more recent figures, many of them gathered by local authorities, for births, deaths, NHS patient registration, internal and international migration and so on (note that data from this year’s Census don’t yet form the baseline).

So, comparisons between the different sorts of estimates are between apples and pears and in more than one way. We are on firmer ground when comparing the ONS mid-year estimates for 2020 with those for 2019, both of which were, of course, compiled in the same way. The comparison is very interesting:

How big is a population increase of 40,000 people? In the context of recent London history, it is relatively small. That is substantially due to an ongoing reduction in birthrates and, in the case of the 2002 mid-year, that increase in death rates during the first three months of the pandemic.

As for what has happened since June 2002, in May the GLA concluded that although a fall in the number of Londoners probably has taken place, this is “likely to be far short of the more dramatic figures reported in the press in recent months”. Watch this space.