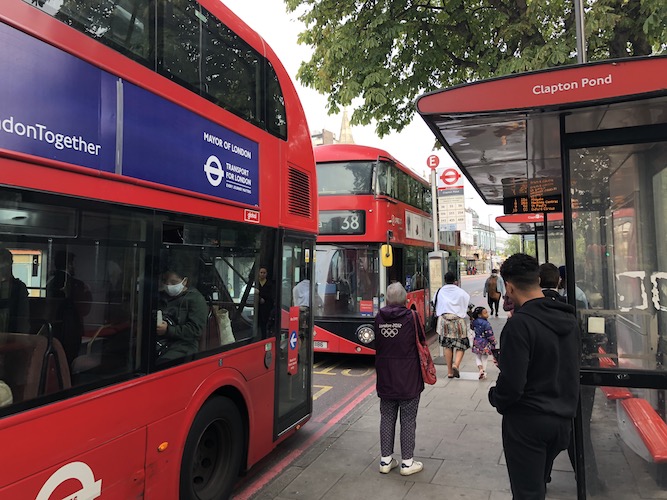 Transport for London fares will rise by an overall 2.6% from March next year and the London Mayor’s share of Council Tax will rise by an initial £1.59 a year from April, with larger hikes in the tax expected, Sadiq Khan has announced.

The Mayor has blamed the size of the increase in fares controlled by TfL on the government, with City Hall saying he was “forced to accept” it as part of the first emergency funding package provided by the government after a collapse in public transport use brought about by the coronavirus devastated TfL’s finances.

Announcing the rise in the Mayor’s share of Londoners’ Council Tax – known as the mayoral precept – along with publication of the consultation document for his 2021/22 budget proposals, City Hall says ministers are “pushing” Khan to implement a larger increase than the figure announced today.

Khan accused ministers of “pushing for an extraordinary and significant increase in Council Tax in London and across the UK” and of “forcing a new era of austerity on the capital at the worst possible time”. The income from the proposed precept rise will be allocated to the London Fire Brigade.

City Hall says the Mayor will publish his full Council Tax precept proposals early in the New Year after the government publishes its national draft funding settlements for policing and and local government.

Khan warned of possible Council Tax rises following the second emergency funding agreement between the government and TfL at the end of October. That agreement says the continuation of public transport concessions for 60-65 year-olds and under-18s will have to paid for either through a specific Council Tax precept increase or from revenue raised from the increased congestion charge operating hours and higher tariff agreed by TfL and the government as part of the first emergency settlement that came into effect in June.

Last week, Khan announced he will be providing an additional £22.5 million from City Hall’s budget to the Metropolitan Police, saying this is to partially compensate for a hit to its budgets brought about by a drop in overall Greater London Authority income from Council Tax and Business Rates during the pandemic. Today, is warning that the government will expect further precept rises to help fund policing and TfL.

The impending transport fares increase will follow a freeze on TfL-controlled fares introduced by Khan after he became Mayor in 2016 and which will have been in place for over four years by the time the increase, based on retail price inflation (RPI) plus 1%, comes into effect.

Khan announced in March, just prior to the postponement of the mayoral election which would have been held on 7 May, that the freeze would end for all forms of public transport except buses but that the increase would not exceed RPI inflation.

The Mayor’s budget consultation anticipates a need to save £325 million within Greater London Authority Group bodies in 2021/22 based on a  current “reasonable worst case” project of continuing falls in tax income.