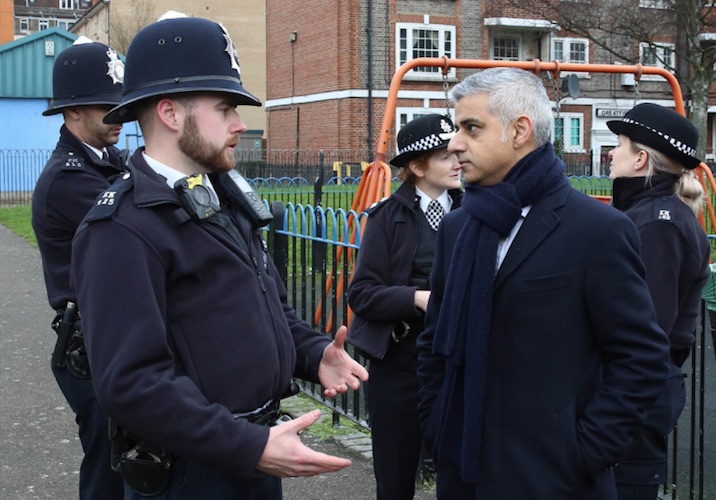 For over a year London Conservatives have been upbraiding Sadiq Khan over the rise in knife crime and other terrible forms of violent street offending in the capital. Shaun Bailey, the Tory hoping to displace Khan as London Mayor next May, has been publishing alarming figures and his colleagues on the London Assembly have been arguing that the Mayor could fund nearly 1,400 more Metropolitan Police officers if he reorganised his budgets. The Mayor himself has been maintaining that the hike in such offending is not confined to London and that ongoing cuts to police budgets have had a serious impact. The Tories have accused him of shifting the blame.

They have had decent grounds for believing their approach would pay off. After all, the Conservatives have historically been seen as “the party of law and order” and the last time London experienced marked rises in the murder of young people with knives and other weapons happened during the run-up to the 2008 mayoral election, when it appeared to contribute to the defeat of Ken Livingstone by Boris Johnson (along with some of Livingstone’s own public remarks). And Bailey, of course, lays great stress on having been a youth worker. Such an assault on the current Mayor was, therefore, unsurprising.

Less predictable, perhaps, was polling evidence suggesting that Mayor Khan is winning the argument about reasons for the rise in knife crime with ease. Among several striking findings in the latest YouGov poll for Queen Mary University of London (QMUL) is that those many Londoners worried by the trend overwhelmingly prefer Khan’s account of where most of the blame lies.

A margin of more than four to one effectively taking Mayor Khan’s side over Bailey’s in this debate about a high profile issue where the Mayor has been under sustained pressure hardly bodes well for the Conservative, whose personal poll rating was found to have dropped from an already low 28 per cent back in December to a gloomy 23 per cent in the same survey. It might also be seen as further evidence of the Khan team’s strong grasp of what Londoners are thinking and feeling and its relentless message discipline. The repeated refrain from City Hall has been that austerity kills, and not only because of police budget reductions.

Khan has also been criticised for being slow to react to the knife crime rise, but there has been no shortage of announcements of initiatives of late, such as about tagging schemes, money being put in to activities for young people in high crime areas and the gearing up of the Violence Reduction Unit under Lib Peck. It won’t have hurt him that Met commissioner Cressida Dick has said morethan once that having less money makes tackling violent crime harder, or that she’s also felt able to voice guarded optimism that the worst may have passed for now.

The YouGov/QMUL polling found that Khan’s personal rating as well as Bailey’s had fallen, but this has been interpreted as largely a reaction against Jeremy Corbyn’s Brexit strategy. If so, it might be temporary and, in any case, Khan continues to appear well on course to secure a second term without too much difficulty.