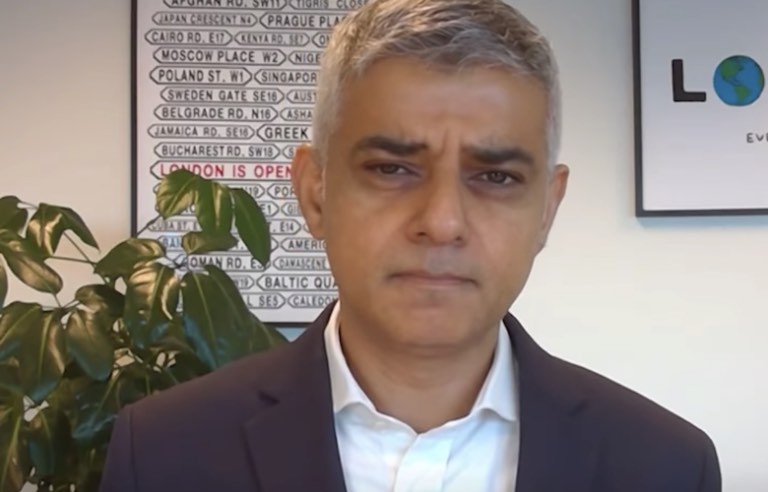 Sadiq Khan has formally declared a “major incident” in London due to the soaring rate of Covid-19 cases in the capital as its hospitals and other services struggle to cope, and has written to Prime Minister Boris Johnson seeking more financial support for Londoners.

A major incident is defined as a situation “beyond the scope of business-as-usual operations,” to cope with it and “likely to involve serious harm, damage, disruption or risk to human life or welfare, essential services, the environment or national security”.

The definition, as set out in the Civil Contingencies Act (2004), also states: “The severity of the consequences associated with a major incident are likely to constrain or complicate the ability of responders to resource and manage the incident.” It requires that special arrangements for coping with a crisis need to be implemented by one or more emergency responder agency.

The Mayor, who is supported in his decision and requests to national government by the cross-party London Councils group, said: “The situation in London is now critical with the spread of the virus out of control. We are declaring a major incident because the threat this virus poses to our city is at crisis point. If we do not take immediate action now, our NHS could be overwhelmed and more people will die.”

London Councils chair Georgia Gould said: “Cases are rising at a dangerous rate in London, putting extreme pressure on the NHS. One in 30 Londoners now has Covid. This is why public services across London are urging all Londoners to please stay at home except for absolutely essential shopping and exercise.” Recent official figures said that one in 30 Londoners has the virus. The Mayor told the BBC that in some parts of the city, it is as high as one in 20.

The Mayor took the decision in his role as formal chair of the London Resilience Forum, a pan-London multi-agency group drawn from the capital’s health, police and emergency services, local authorities and others, which sets the strategy for coping with significant challenges to Greater London’s functioning.

The Mayor has previously declared as major incidents the 2106 terror attacks on London Bridge and Westminster Bridge, the Croydon tram crash in the same year, and the Grenfell Tower fire in 2017.

City Hall says Khan’s decision was taken as the number of Covid cases across the capital has risen above 1,000 per 100,000 people, putting “immense pressure on an already-stretched NHS”. It states that the number of patients in London hospitals with the coronavirus has risen from 5,524 at the end of December to 7,034 on 6 January – and increase of 27% over that period and of 35% compared to previous peak of the pandemic last April. The figure represent one third of all London hospital patients.

London Fire Brigade officers are again assisting the London Ambulance Service, which City Hall says is now taking up to 8,000 emergency calls a day compared with 5,500 on a typically busy day.

In his letter to the Prime Minister, Khan has asked for greater financial support for Londoners who need to self-isolate and are unable to work, daily data on the progress of the Covid vaccination programme, the full closure of places of worship – currently partly exempt under national lockdown rules – and for the routine wearing of face-coverings in crowded outside areas.

Gould emphasised that local councils are “here to support anyone struggling to access food or medicine.”