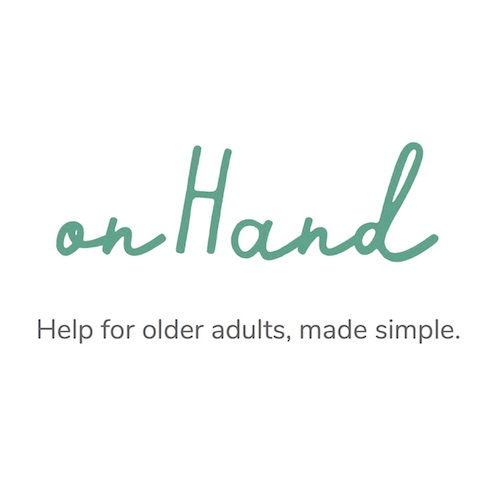 I have just found out about a new service aimed at ‘older adults’ and I have already tried it out. It is a great idea and it’s worked for me – and Dolly!

On Hand is an easy way to both give and receive help. The idea is for trusted and checked volunteers to be matched with older residents who need help with shopping, tech lessons, dog walking, gardening – or just a visit. The charge is a modest £10 an hour and 80 per cent of the fee goes to the charities who helped set the organisation up.

The inspiration for setting up on Hand came from the elderly care market rapidly meeting crisis point. 24 per cent of the population will be age 65 and over by 2035 – whereas the population under 65 will only be increasing by 3.9 per cent.

Research suggests that the millennial generation now gives 30 per cent to charity a year and health is listed as their number one priority. For the 22 – 36 demographic the ‘on demand’ sharing economy is second nature.

There is an app, people can also call or email. The charities that helped to set up on Hand and fund the App are – British Heart Foundation, British Red Cross, Guide Dogs, Oxfam, Royal British Legion, RNIB supporting blind and partially sighted people and RSPCA.

There have been 1500 helper sign-ups nationwide, 300 plus across London. All helpers are interviewed and DBS (security) checked.

Referrals come via phone, email, form fill on site or app requests – whichever is easiest – and can come direct, from a relative or friend and other organisations.  When the referral is indirect, an on Hand team member first speaks to the older adult or relative to make sure they can provide help and if they would like it!

Great New Service for ‘we oldies’!!