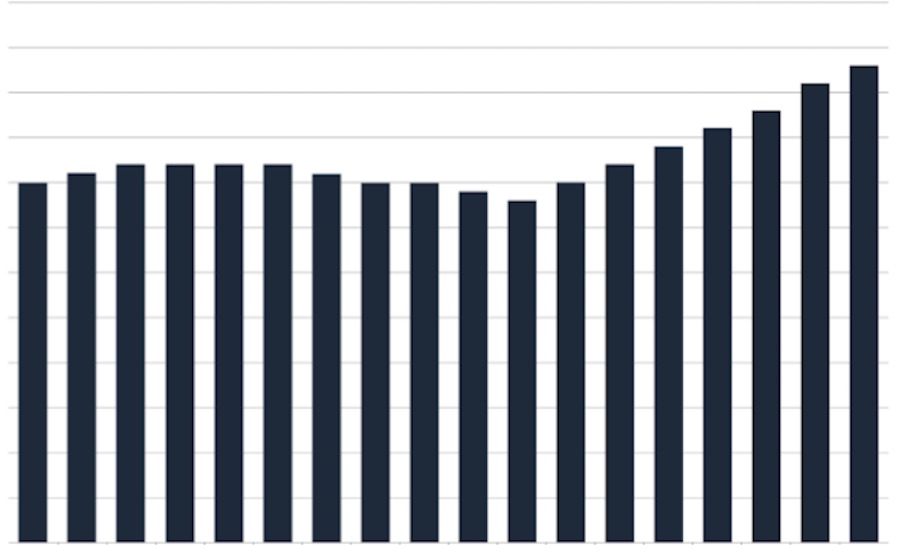 The latest edition of the London Intelligence from this website’s friends at think tank Centre For London is entirely about recent demographic data for the capital. It contains many fascinating statistical insights. Here are five of them:

One: Although London’s population has continued to grow at speed, as it has for three decades, the rate of population growth has slowed in recent years. The most recent annual figure, covering the year to June 2018, showed an increase of 83,000 people. That is up a little bit compared with the previous year. However, it is also the first increase in the yearly number since 2015, when it went up by about 140,000. Since then, the overall trend has been for London’s population growth to slow, though we’re still on the up and within touching distance of a total of nine million.

Two: Over the past ten years, the highest rates of population growth have been in parts of Inner and East London. The number of residents of Tower Hamlets soared by 37% between 2008 and 2018, which is by far the highest figure. Next door neighbour Newham’s rate has been the second highest, at 27%. After that come Camden (25%) and its neighbour Islington (24%), followed by Barking & Dagenham (23%) to complete a high-scoring East London trio. Only one borough, rather famously, saw a small population decrease during the ten years in question – Kensington & Chelsea, where a 4% fall took place. Note, however, that it also has the fourth highest population density of the capital’s 32 boroughs at 13,000 residents per square kilometre. Only those of Islington (16,000), Tower Hamlets (15,900) and Hackney (14,000) are higher.

Three: There’s been a rise in Londoners’ average age. It’s gone up to 35.3, continuing a trend that began in 2012. This basically reflects the nationwide tendency for people to live longer than they used to, but London is getting older slower than elsewhere and continues to be the youngest English region (it’s pretty sprightly compared with Merseyside and Tyne & Wear, both of which average 40).

Four: During the year to March 2019, there was a big increase in the number of Indians who came to live and work in London: 21,000 of them were registered with national insurance numbers during that time, representing a 77% increase on the twelve months before that. Why? Because there have been great efforts to fill staff shortages in London’s IT sector and its NHS.

Five: There was a 6% fall in the number of workers coming to London from (for now) fellow European Union nations over the year to March 2019 compared with the year to March 2018. At the same time, there was a 21% increase in the number from non-EU counties in the years to March 2019 compared with the previous year. EU migrant workers still arrive in London in greater numbers than non-EU counterparts – by about 45,000 to about 27,500 in the first quarter of this year – but maybe the gap is going to close.