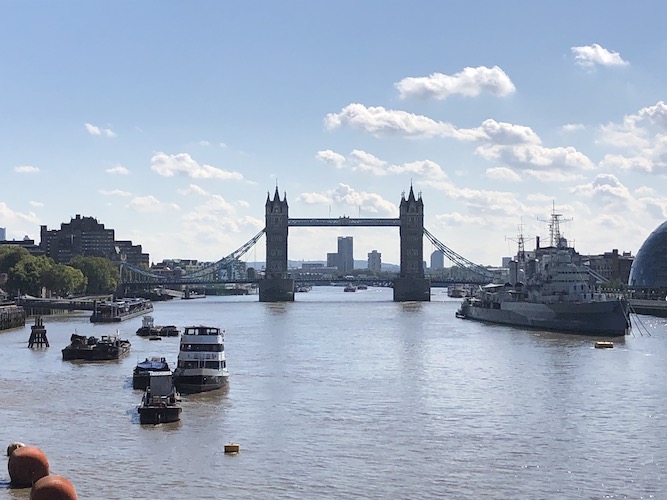 London’s population appears to be increasing again following a dip during the first year of the pandemic, according to an update assessment by the Greater London Authority’s City Intelligence unit, albeit at a slower rate than before the emergence of Covid-19.

The City Hall team concludes that although births in the capital continue to outnumber deaths, the difference between them – known as “natural change” – has decreased. Covid has added to the number of deaths in the over-75 age group, but a long-term downward trend in births has continued, resulting in the difference between the two measure has “likely reduced to the lowest level seen since the 2000s”.

The assessment, which supplements a report published in May 2021, also draws on a range of official figures to infer that although “many young adults left London during and following the first lockdown” a lot of them returned during the spring and summer of 2021, probably because the capital’s hospitality and tourism sectors began to recover.

By contrast, the assessment says that house price and GP registration data “indicate the increased loss of other age groups to surrounding regions is a more persistent trend” while international immigration flows in the UK and London have fallen “due to the combined effects of the Covid-19 pandemic and the UK’s withdrawal from the European Union”.

Before the pandemic the annual number of deaths in London had remained fairly constant for ten years at around 48,000. For the year to mid-2019 there were 48,600 deaths and 119,100 births, producing a positive “natural change” of an additional 70,500 people.

The combined effects of net international migration and net domestic migration during the two years to mid-2020 and mid-2021 has been an overall outflow of around 17,000 people. Normally, more people come to London from overseas than do the reverse, while more Londoners move to other parts of the UK than arrive from it. The overall inward and outward figures have tended to be roughly in balance.

The continuing population growth from natural change, even though it is smaller than it was, still outweighs the overall reduction through outward migration.

The unit’s May 2021 report found that London’s population was likely to have fallen since March 2020 when the pandemic took hold, though by far less than the more dramatic figures reported in the media. The new assessment presents an update of some of the information provided in the May report and data from some new sources.

Read the City Intelligence unit’s assessment of updated evidence in full via here.