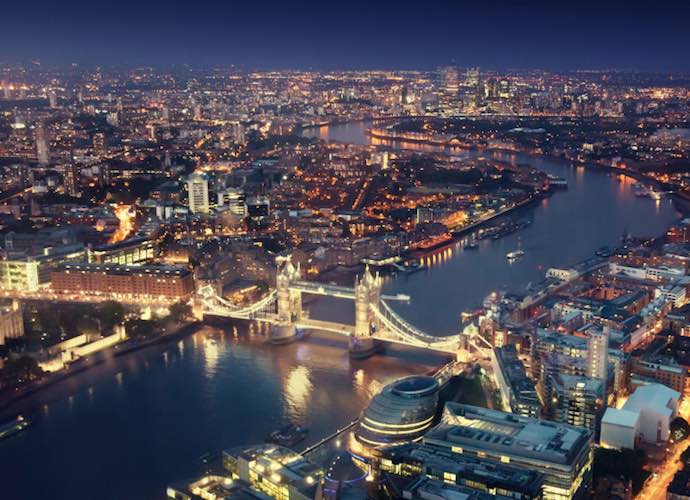 Last week, leaders of both Labour and Conservative parties travelled to the North of England to promise voters in towns and cities there that from 12 December they will be “left behind” no more. Boris Johnson took tea on Teesside, where he said that previous promises to bring new infrastructure to the North still stood and that he is a “big supporter” of devolving power from central government. Jeremy Corbyn and John McDonnell – both of them London MPs, of course – travelled to Liverpool, where McDonnell indulged in Labour’s now routine low level disparaging of the UK capital, saying his party’s plans would mean “the centre of political gravity is shifting away from London” and that the North is “where the investment is needed”.

McDonnell’s latest feeding of “north-south divide” resentments came two days after London’s Labour Mayor Sadiq Khan gave a speech at think tank Centre for London’s annual conference. In this, he said the outcome of the forthcoming general election will have “a massive impact on London” and also “determine who we are as a nation and as a people for decades to come”.

Khan argued that the UK faces a choice between being an internationalist social democracy or an inward-looking tax haven off the coast of Europe, and that London must remain open as a place of global trade and immigration to maintain its success. “We simply cannot turn our backs on those who want to come to London to live, study or work,” he said, speaking warmly of the contribution of generations of immigrants and their descendants.

The Mayor added that he has no doubt that a combination of “the Hard Brexit Boris Johnson wants” and his government’s immigration plans would not only be damaging economically but also hurt “the very fabric of our communities”. He promised that if the UK leaves the EU “with a bad deal”, he will “immediately step up my demands for London to have a real say over immigration and visas” in order to ensure that people from overseas who want to contribute to the capital can do so as easily as possible.

“Our vision of the future must be so much more than styling London as some kind of Singapore on the Thames,” he warned. And he asked the next national government to “finally set us free”, with the funding and powers the capital needs to address the big issues before it, renewing his call for much bolder devolution, not only to London but to “other cities and regions across the country” too.

The contrast between Khan’s argument for greater devolution across England, and the anti-London sentiments that would be stoked by McDonnell and other national Labour figures two days later is striking. When I spoke to the Mayor straight after his speech, which took place at the Royal Institution in Albemarle Street, he repeated his concern about a growing “anti-London animus” and predicted, with depressing prescience, that we would see “politicians from all parties, if we’re honest, going round the country with a sort of grievance about what London receives”.

Loyally, he said that having so many London MPs in the most senior positions in his party is a good thing, because “they understand that when London does well the country prospers”. Optimistically, he said that having a former London Mayor leading the Tories means he “understands the importance of devolution and the importance of London to our country”. But how likely is London to enjoy the enhanced autonomy all three of its Mayors have called for under the next national government, whatever its character and shade?

Khan confirmed that he would continue to argue for the fiscal devolution reforms proposed by the London Finance Commission, a body originated under his Tory predecessor, to whom he gave due credit. Asked if he would also like the power to set a statutory minimum wage for London employees, distinct from the national one and inevitably higher given the capital’s high housing costs and poverty rate, he answered that he would “love” it. While recognising concerns about any such regional variations, he said there good reasons for London to be treated differently in some ways: “I meet people on a regular basis who are doing two or three jobs and can’t make ends meet – they’re relying on food banks, they are living in poverty and they are really struggling.”

So radical a measure seems unlikely to appear in any party’s general election manifesto, but there are grounds for doubting if greater devolution to London and other UK cities and regions will be feature much, if at at all. McDonnell talked of moving bits of the Treasury out of London, but that would be decentralisation, which is different. There was reference to “decision making devolved down to local communities” and “local development funds”, but this was imprecise. The Conservatives have spoken of more control for the North of England over its railways and greater powers for its Mayors, but specifics are scarce so far. London hasn’t yet featured in any of these utterances except, in Labour’s case, negatively.

What are Mayor Khan’s hopes for his party’s general election manifesto? He said he couldn’t be sure about that. “I don’t want to use the word tortuous, but it’s an interesting process,” he observed. But he concluded: “The key thing is to make sure that the party understands the need for devolution, not least because myself, Andy Burnham, Steve Rotheram, Marvin Rees and other colleague around the country have been lobbying the government. It’s about all of us saying that the way for the country to do better, particularly post-Brexit, is for city regions to be devolved more power.”

The same goes for the manifestos of all the political parties and the words of their leadership figures. As general election campaigns continue, Londoners should take careful note of what national political figures have to say about our city and its people.