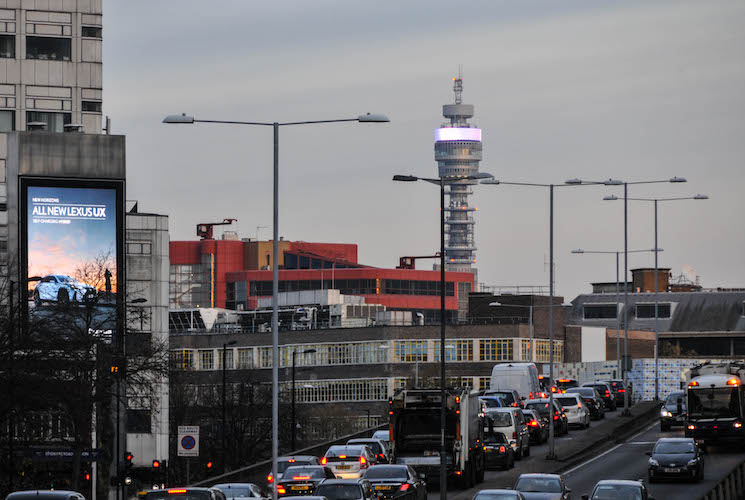 Arguing that motorists should pay more for using roads is a sure way for politicians to seize attention. If that was Sadiq Khan’s aim when announcing publication of a report  about pathways to net zero, he succeeded.

Much of Element Energy’s 84-page study concerns electrification of heat and transport, housing retrofits and complicated costs scenarios, but the prospect of impending road rage, perhaps dwarfing that inspired by the pandemic’s instant low traffic neighbourhoods, was catnip to the media herd.

Hence the Mayor all over the papers, all over the telly and maybe all over the world for advancing the idea that a more sophisticated and comprehensive kind of road user charging will be required if London is to stand a chance of reducing the amount of motor vehicle travel by more than a quarter by the end of this decade – the minimum requirement by 2030, the report says.

It was a good start to a conversation with Londoners and others that will be long and difficult if they are to be persuaded that Khan, who has said he will seek a third term at City Hall, has got the right idea for them and the environment.

Road user charging is a difficult sell. Since London led the way in 2003 by introducing the central London congestion charge, other UK cities have not followed its lead: Edinburgh rejected it in 2005 and Manchester in 2008. Ken Livingstone, the Mayor who brought it to the capital, was opposed on the policy by even his closest advisers.

Khan himself has previously been publicly cautious to the point of scepticism about the huge change from the current set-up that would be needed. As recently as October he politely but rhetorically invited Green London Assembly Member Zack Polanski to “point to any global city using smart road user charging” that London could follow.

Now, and perhaps cheered by the possibility of Boris Johnson and his henchmen, who’ve been wrecking Transport for London, being ejected from Downing Street, he has boldly taken the lead (just as I hoped he would at the start of this year).

To complete the demanding journey will take stamina, skill and a varied bunch of influential friends. Already, the Mayor has helpful company. Assembly Greens, who’ve led calls for more extensive road-pricing for more than ten years, can be important allies. So too the Liberals Democrats, whose Caroline Pidgeon is another long-standing champion of change and has welcomed the refreshed discussion now underway.

London TravelWatch, the capital’s official transport users’ watchdog has pushed for progress and think tank Centre for London has been a consistent advocate of what it’s 2019 report on the issue called “next generation road user charging”, pointing out that London could use the latest technology to create a “simpler, smarter and fairer” approach to road user charging which would bering coherence to our current patchwork of schemes for lessening pollution and congestion.

From a different part of the campaign spectrum, business group London First are also already on board: their chief executive John Dickie has told me that “a serious, in-depth conversation with Londoners” is needed if they are to be won over.

Sadly it is too much to hope that the Conservatives, who still style themselves the “party of business”, will add their support. They’re still howling about TfL’s year-old boundary charge proposal, which Londoners would not have to pay and was dismissed out of hand by transport secretary Grant Shapps within weeks, as if it’s about to begin tomorrow.

But even without the Tories there is a broad coalition in favour of this truly radical reform with which the Mayor is now aligned and can take can forward. The journey ahead will be difficult and long but what a prize awaits London at its end.