The Labour Mayor still has the formal powers but where does the Tory government stand on the issue? 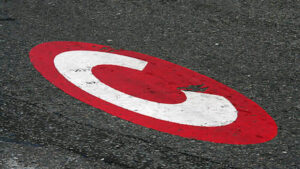 At the most recent Mayor’s Question Time there was an interesting exchange between Sadiq Khan and Conservative London Assembly Member Tony Devenish, who represents the West Central constituency, which contains most of the West End. Devenish asked the Mayor to consider providing what he called “a special Christmas present for the West End” in the form of suspending the Congestion Charge on the Saturdays leading up to Christmas Day and also on Boxing Day.

The Tory AM’s argument was that, in view of peoples’ current reticence about using public transport and the catastrophic impact this has had on West End retailers, providing the option of travelling into Central London without having to pay the charge would help trade and protect jobs during what is normally a frantically busy time of year for shopping. “You have the power, do you not, to suspend the congestion charge for those four Saturdays if you wish to, sir?” he asked.

The Labour Mayor’s answer, though, began with a straight “No”. Devenish said he didn’t believe Khan was correct. So which of them was right? And how does their exchange relate to the political row already raging about a recent increase in the charge’s operating hours to encompass weekends (along with extending them to 10.00 pm and increasing the charge itself to £15 a day) and the one that has since erupted about the government’s proposal of 1 October that TfL vastly enlarge the size of the Congestion Charge zone as a condition of receiving further financial support?

Although this was not mentioned during the Devenish-Khan MQT exchange, it is the case that London Mayors have always had the legal power to suspend the Congestion Charge for particular days and to do so at short notice. Boris Johnson did it instantly one lunchtime in February 2009 after heavy snowfall brought almost all public transport to a halt. And, of course, TfL did it with Khan’s approval – along with the Low Emission Zone (LEZ) and the Ultra Low Emission Zone (ULEZ) – with a couple of days’ notice at the onset of the lockdown period in March, with a view to keeping the roads clear for use by health and other “critical workers”.

Why, then, was the Mayor so adamant that he can’t suspend the Congestion Charge on Saturdays during the season of goodwill?

Here’s what Khan said to Devenish: “If I breach the conditions the government’s placed on TfL for the giving of the grant and the loan, they could quite easily not give us any further sums of money.” Khan also told Devenish: “The condition to both raise the congestion to £15 and to extend it to 10.00 p.m. every day of the week including Saturday and Sunday was something the government imposed on TfL.”

He was referring, of course, to the terms of the current agreement between TfL and the Department for Transport for financial help. These were set out in a letter from transport secretary Grant Shapps to the Mayor, dated 14 May. The letter said the DfT’s “funding package” of £1.6 billion required TfL to agree to a list of “service levels” conditions, which included:

“The immediate reintroduction of the London Congestion Charge, LEZ and ULEZ and urgently bring forward proposals to widen the scope and levels of these charges, in accordance with the relevant legal powers and decision-making processes.”

There’s been a lot of sometimes rather surreal political argument about what the words “widen the scope and levels of these charges” are capable of meaning. Some Conservatives, eager to pin blame for the changes on the Labour Mayor, even maintain they shouldn’t necessarily be interpreted as an instruction to increase the Congestion Charge and its operating hours at all.

A less implausible complaint focuses on the instruction to the Mayor to “bring forward proposals” for the changes that came into effect from 22 June “in accordance with the relevant legal powers and decision-making processes.” Surely, Tories insist, this means that responsibility for the significant amount the charge went up by and the considerable extent to which the zone’s operating hours were enlarged lies with the Mayor, rather than with the DfT or the government as a whole.

The election campaign of Conservative mayoral candidate Shaun Bailey has made heavy use of a clip from a breakfast TV appearance by Khan, in which he tells a presenter “it’s TfL, it’s us” who made the decision about the increases. This is being used by Bailey to bolster his claim that Khan is solely to blame for the changes to the Congestion Charge level and operating hours.

It would, of course, be useful to know what else Khan said about the issue on the breakfast TV show that Bailey’s campaign has not brought to our attention. But I can shed some wider light on the matter thanks to conversations I have had with someone who was in TfL’s camp at the very heart of the May bailout discussions.

That source confirmed that TfL and the Mayor did indeed bring forward the proposals to “widen the scope and levels” of the Congestion Charge that have since come into effect, confirming what Khan said on breakfast TV. But the source also said that the government warmly welcomed them and, furthermore, that the government could have vetoed them had they been unhappy with them.

The source was also very precise about what was meant by “the government” in this connection. A challenge of the May bailout talks was that TfL had to deal with more than one part of the government. The DfT was one part. Another, was the Prime Minister’s transport adviser Andrew Gilligan. And it was Gilligan, according to my source, who enthusiastically endorsed the increase in the charge to £15 a day and the enlargement of the charging zone’s operating hours to 10.00 pm and weekends.

There is rich historical irony in all this. The Congestion Charge was introduced to London by its first Mayor, Ken Livingstone, in 2003 and its original (and still surviving) central zone was extended westwards by him in 2007, roughly doubling the charging zone’s size. Livingstone, having originally been elected as an Independent, was by then a Labour Mayor.

His Tory successor, Johnson, proceeded to to do away with the western extension (the WEZ as it was known) and Tory London Assembly Members have never tired of agitating for an end to congestion charging altogether. Today, we not only have one of Boris Johnson’s closest advisers approving adjustments to the charging scheme Johnson would never have made as Mayor, we also have a Tory transport minister proposing an 18-fold enlargement of the zone out to the North and South Circular roads, and Labour politicians strongly denouncing the idea.

But what can be concluded about the difference of opinion between Tony Devenish and Sadiq Khan at MQTs? Devenish appears to have a point about the formal powers Khan possesses to suspend the Congestion Charge for certain days of Christmas period: the May bailout conditions do not strip him off them, indeed they directly refer to his making use of them. At the same time, Khan’s insistence that doing so would be asking for retribution from the government is persuasive, especially in light of its attitude him and TfL ever since Covid dried up the latter’s revenues.

Khan, whose 2016 manifesto pledged no increase in the Congestion Charge, assured Devenish that he is well aware from his conversations with West End businesses that the introduction of the charge at the weekends in particular has been detrimental to them. “That’s one of the things I’m asking the government to reconsider,” he said. Devenish does not believe him. Neither does he believe Labour howls of protest against the government’s proposed massive expansion of the zone are sincere. And he claims the Mayor is “playing an appalling game” with public opinion, pretending the recent new charges and hours were forced on him when, in reality, he is in favour of them.

The next funding support deal is due to be settled in the next few days. The Congestion Charge row will be running strongly for months to come.