May I remind those roaring on about the Government’s negotiating position with the EU may I remind readers what President de Gaulle had to say about treaties. 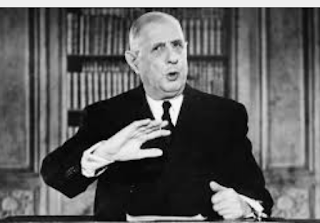 (“Treaties are like young girls and roses:  they last as long as they last.”)

Throughout history, nations such as France, Germany, Russia, Britain and the United States have broken or abrogated treaties when their leaders and/or parliaments have judged that it was imperative for their national interest to do so.

So let’s have no fainting fits, or virtue-signalling hypocrisy, on this important matter.

from the Hornets Nest http://fromthehornetsnest.blogspot.com/2020/09/calm-down-dame.html

The Dame: CALM DOWN, DAME!
Tagged on: From The Hornets Nest    The Dame