The Dame pats herself; the brilliant  Cllr Sof McVeigh and pro resident Cllr Johnny Thalassites on the back!

Months ago she read about audio cameras.

Immediately, she sent the details to Sof who passed them to Johnny.

In short order, a trial was started and cameras placed strategically in trouble spots. 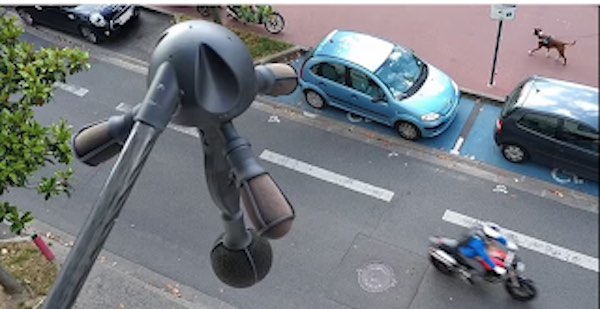 What we need now are much tougher fines and penalty points. The proof, though, is in the pudding: this scheme works.

Here is the full article in NOISE

From the Daily Mail

Four cameras were installed in the Royal Borough of Kensington and Chelsea, and between February 2021 and 2022, caught 289 motorists driving their cars at over 100 decibels. For cars registered since 2016, the legal limit is 74dB.

When an increase of 10dB is roughly a doubling of loudness, exposure to more than 85dB for extended periods of time can cause permanent hearing damage.

Posted by the Dame in the HornetsNest

The Dame: COUNCILLORS BASK IN PRAISE FROM THE DAME
Tagged on: audio cameras    CCTV    Kensington    The Dame