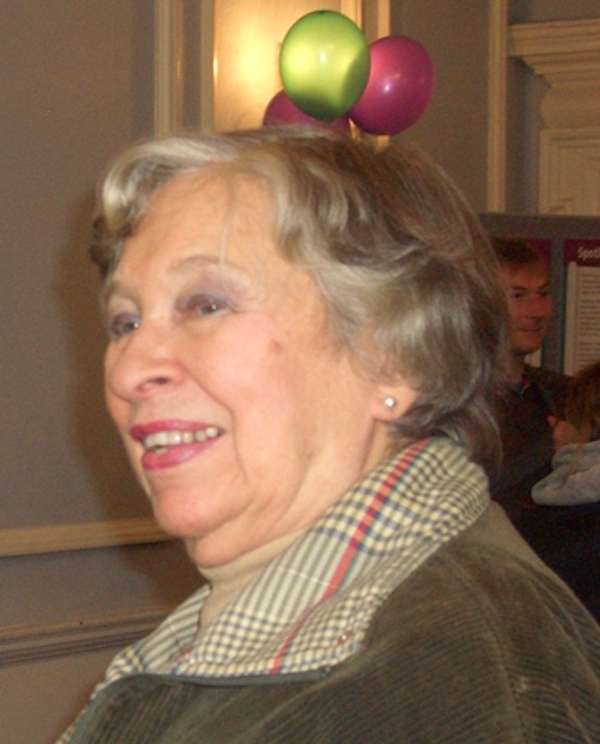 She was known by many as Mrs Earl’s Court, Jennifer Ware, who died recently was a name that became synonymous with the words ‘community and Earl’s Court’.

Several hundred people gathered to pay tribute to her and celebrate her life at St Cuthbert’s Church in Earl’s Court at the end of April. The high attendance was a mark of how well respected she was and how many aspects of local community life she had become involved in over the years.

She cared passionately about community, particularly Earl’s Court, the environment and her family and friends. She was involved with the Liberal party and then the Liberal Democrats for many years and gave the party the same kind of dedication and devotion.

There was not just one Eulogy for Jennifer, along with readings, there were eight ‘appreciations’ – friends, many of long standing and her granddaughter all gave their own unique perspective of Jennifer. There was a solo violin performance by Fenella Barton and performance of Wild Mountain Thyme by Francis McPeake, sung by Malcolm Connell – who said later, only Jennifer could ‘book him’ for her funeral!

She was involved from the early days in 1975 with Response, when the newspaper first went onto the streets. There was also the Community Language Centre, which started with volunteers visiting immigrant women at home to teach them English. She also helped to save and then expand St Cuthbert’s Centre.

She was a generous hostess and her home on Earl’s Court Square was a magnet for friends and supporters to gather and discuss not only the local community but, the borough as a whole, local and national politics and world affairs. They were never dull evenings.

In an interview with Kensington and Social Council for its website a while ago she was asked what the main needs were for the area in the early days of her involvement. She said: “There were a lot of homeless families and many asylum seekers living in temporary accommodation and there were problems with prostitution and drugs. There was and still is a great deal of poverty.”

Later in the same interview, she was asked how she would like to see the voluntary sector developing in the future? “I want it to grow again in this area and I want to see more provision for youth and families and for those with other mother tongues.”

She dedicated her life to serving others and she will be much missed.

A Tribute to Jennifer Ware