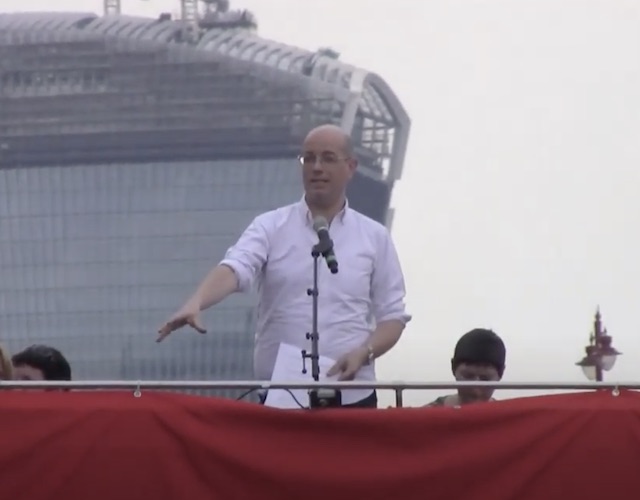 The content of recent messages from Andrew Gilligan, Boris Johnson’s special adviser on transport, to Will Norman, his successor as mayoral cycling commissioner, will come as no surprise to many in London government who had dealings with Gilligan when he was at City Hall.

WhatsApp and email correspondence obtained and published by the Telegraph (and later by City AM) through a freedom of information request show Gilligan, previously a media supporter of Johnson, addressing Norman as “comrade” when requesting a phone conversation with him, having previously demanded that Transport for London take a harder line over withholding funds from boroughs that had removed temporary bicycle lanes installed at the start of the pandemic and which Gilligan, a devoted cyclist, wanted retained.

The Telegraph reports that in an email sent at 4.48 a.m on 26 July, Gilligan insisted on wording to boroughs “along the lines of: ‘We will not, now or in the future, fund any council to reduce facilities for active travel, or to remove or weaken schemes’.” Ten days earlier, in response to TfL’s plans to allocate money for other projects, he had emailed that “the time to make a stance with backsliding councils is now”.

The messages demonstrate the extent and manner of interference in TfL and other London governance affairs from a national government ostensibly committed to devolution. And the top-down, controlling mentality they illustrate will ring bells across the capital.

During Gilligan’s time on Johnson’s mayoral team, local authority officials and politicians, and senior figures at Transport for London complained about what they saw as Gilligan’s high-handed and unwelcome interference in their work. The erstwhile journalist, who had strongly backed Johnson during his two successful mayoral election campaigns, was given the job by the then Mayor in 2013 despite having no prior experience in transport planning or policy delivery, triggering claims of cronyism.

One TfL boss spoke of having to devote time to smoothing over relations with partner organisations after Gilligan’s attitude had put backs up. A borough leader says he was surprised when Johnson’s “cycling commissioner” used an apparently friendly visit as an opportunity to argue that bicycle lanes should be installed across the forecourt of a Town Hall, a public space regularly used for wedding festivities and community events. A London Assembly Member described Gilligan as “one of those people who can’t be wrong”.

In 2004, Gilligan resigned from a job at the BBC after an inquiry into events surrounding the death of government weapons expert Dr David Kelly found that a report Gilligan had broadcast for Radio 4’s Today programme, claiming that the Labour government of the time had knowingly over-stated the military threat to Britain from Iraq, had been “unfounded” (paragraph 281). Gilligan’s editor of that time told a superior that a “loose and in some ways distant relationship” he’d been allowed to have with Today was problematic, along with a “lack of judgement in some of his phraseology”. Some might observe that little has changed.

Gilligan’s interventions in City Hall and TfL affairs show the extent to which the national government, principally in the form of the Department for Transport and Gilligan himself at Number 10, have taken advantage of the devastation wreaked on TfL’s finances by the pandemic to force their own priorities on the devolved transport body and City Hall. Gilligan has also been installed as a government observer of TfL board meetings, though his contributions have been minimal apart from infuriating transport chiefs by rebuking them for not showing budget proposals to the government before publishing them.

In an interview given after being appointed to his Downing Street position, Gilligan said he believed the answer to London’s transport problems was not what he called “a vast slew of new railways or transport links” and that “the answer is cycling actually.”

TfL has been undertaking a review of demand for its public transport services as a condition of its most recent short-term financial support package from the government. There are fears that London’s bus services, which provide its most-used public transport mode, will be forcibly reduced to save money. Recent figures show that, before the pandemic, 19 per cent of journey stages in London were undertaken by bus compared with 12 per cent by London Underground and two per cent by bicycle (page 13).

A recent TfL briefing to Norman stressed that increases in weekday cycling during the first year of the pandemic “did not necessarily represent an increase in the number of people cycling”, because changes in figures might be attributable to existing cyclists adjusting their travel habits. A graph using DfT figures published by the Telegraph accompanying its article about Gilligan indicates that cycling frequency nationally has fallen back to roughly the same proportions as pre-Covid.