Skip to content
0
SHARES
ShareTweet
We need to enhance the bonds between the capital and the rest of the country, not promote destructive regional resentments
DAVE HILL 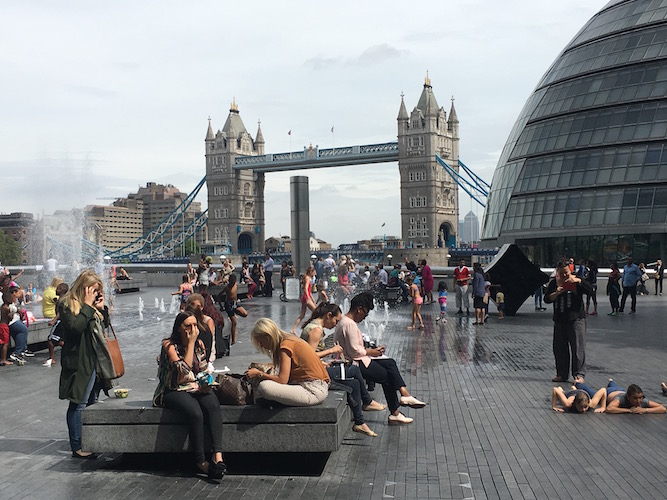 Blaming London for the problems of other parts of the UK is very far from new, with a history stretching back to well before even William Cobbett’s famous denigration of it as “the great wen“. There has, though, been an escalation of anti-London attitudes in recent years, much of it ignorant and some of it disturbing. A collection of often interwoven narratives, endlessly reproduced by politicians, campaigners and across the media, depict the UK capital as variously a “playground for the rich”, an excluder of the poor, an urban jungle of “no go zones” within a wider “warzone“, a place so full of immigrants that it’s no longer British, the home of an arrogant “metropolitan elite” and as a parasite that drains the life out of the rest of the country and hogs funding from the public purse.

Anti-London sentiments can presently be found on many different parts of the political spectrum, including the ostensibly progressive Left. This week, the Guardian is running a series of articles under the antagonistic heading “London Versus“, which claims to illustrate how “the rest of England has been left behind” as a consequence of London’s “domination”. An introductory piece acknowledges the under reported fact that London’s massive tax export “subsidises most of the rest of the country” and makes a passing reference to life in the capital being “a struggle for many”. But the guiding thesis is that London and its citizens are getting special treatment while everywhere and everyone else has to make do with second best.

Such depictions of contemporary London are, of course, reductive and misleading. The Guardian’s examination of what it calls “the great divide” began, unsurprisingly, with public transport, focussing on the high price of many bus faresoutside the capital compared with London’s flat rate of £1.50 per journey. It does report the vital fact that this contrast reflects the exemption of London’s bus service from full de-regulation under Margaret Thatcher, enabling routes and fares to continue to be decided by public bodies rather than the market. But while it is fine to argue that other cities and regions have ended up with a raw deal, can London’s different dispensation really be said to demonstrate preferential treatment rather than a (perhaps reluctant) recognition that the particular circumstances of the capital demanded a different privatisation approach?

Transport investment in general is a recurring bone of contention, as seen by some reactions to the government’s recent bail out of Crossrail. Resentment of the scale and cost of the project have hardly been assuaged by national government’s endless prevarications over lower profile improvements to rail services in North and the Midlands. But let’s recall that Crossrail has been in development in one shape or form since the 1970s – getting the project going took decades of persuasion. It should also be kept in mind that building anything in London costs more than elsewhere and that there are different ways of comparing levels of spending on transport in different cities or regions. For example, Transport for London thinks it much fairer to calculate what the capital receives in terms of the numbers of users of public transport services or journeys made on them than by head of population. Measured that way, London receives far less than the national average.

The Guardian has also produced a string of chartsshowing differences in various prosperity and quality of life indicators between London’s boroughs and “England without London”. These emphasise that Londoners, on average, have higher take home pay, own more valuable homes and suffer less from obesity and depression. But there are none yet showing that Londoners’ housing costs as a whole are higher than those elsewhere or that Londoners, on average, have less disposable income (in large part because of those costs), or that London’s child poverty rates are exceptionally high, or that London’s economic growth generates work in towns and cities all over the UK. Any stark opposition drawn between a rich, spoiled London and a poor, deprived everywhere else is simply false.

Rather than feeding and legitimising the view that London is, in some monolithic sense, the pampered beneficiary of grievous regional injustices, we should be encouraging a more nuanced understanding of the relationship between the capital and elsewhere and seeking to improve it. Jack Brown’s superb recent report for Centre for London on the issue set out clearly and fairly both the many misconceptions and the genuine problems, and charted a course for addressing them. Sadiq Khan has recognised the potential rewards of greater co-operation between cities and regions, as has the business organisation London First. We are more interdependent than we might think and have many common interests to pursue, not least the case for devolution (which the Guardian says it will be making later in the series).

There’s been a recent revival of the populist view that if national government put fewer resources into London and more into the regions, the “north-south divide” would start to disappear, and with it a whole range of other inequalities. If only the solution were that simple. The trouble is there is a very real danger that simply punishing London for being too big and strong would, in the end, be more harmful than helpful to Barnsley, Bristol or Bromsgrove. No programme for reviving and strengthening the towns and cities of the North, the Midlands and elsewhere can afford to ignore that conundrum. This simplistic strand of thinking is prominent on the Corbyn Left, among its politicians and sympathetic media alike. Its anti-London stance gives it a second patch of common ground with Farageism, alongside and related to a desire for Brexit. Neither tendency will help heal a disunited UK and both should be opposed, not encouraged.