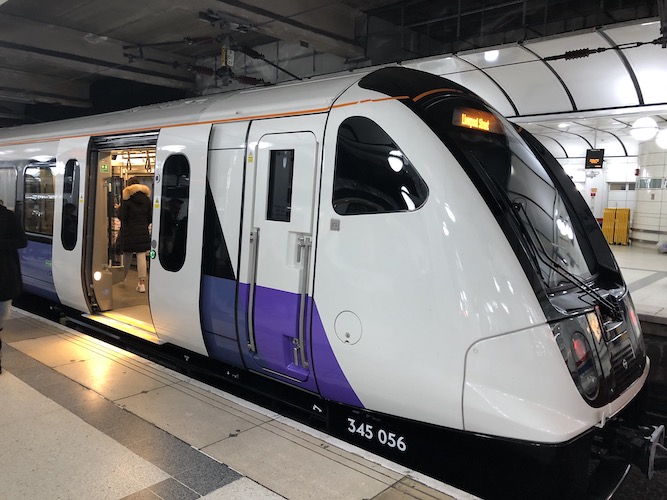 Crossrail bosses have given a confident assessment of progress towards the opening of the main, central section of the Elizabeth Line in summer 2021, telling the Transport for London board that the way is now clear to test the safety of the new railway systems and then commence “trial running” of the service, with people on trains and in the new stations, in the autumn.

Speaking at a meeting at City Hall this morning, Crossrail chairman Tony Meggs said 2020 “will be the year in which we start to turn the Crossrail project into the Elizabeth Line” and chief executive Mark Wild described the project as now being in “a state of great maturity” as it entered “the most critical time in the history of this programme”.

Wild added that he expects the remaining “physical construction work” the Elizabeth Line stations to be completed early in the year” with the exception of Whitechapel and Bond Street, which he believes work will be finished on by October and Christmas respectively.

The meeting was the first time Meggs and Wild have address to the board, which is chaired by Sadiq Khan, since a summer 2021 central section opening was committed to at a Crossrail board meeting earlier this month. This followed TfL adopting an autumn 2021 date as its cautious assumption about when it would begin receiving much-needed fares and advertising income from the service.

TfL commissioner Mike Brown described recent progress as “huge” but confirmed that the transport body is forecasting a reduction of between £500 million and £750 million in revenues compared with its business plan for 2018, the year the Elizabeth Line was originally scheduled to open near the end of.

Brown also reiterated that “between £400 million and £650 million more” is now needed to complete the job than had been agreed with national government in December 2018, adding that “Discussions with the government around meeting the cost are progressing.”

Wild revealed that a “massive step forward” was taken yesterday when Crossrail’s independent safety assessor approved software known as PD11 as fit for its testing procedures to be completed. “That doesn’t mean the software is in the bag,” Wild explained, “it just means that for the next three to four months we can progress through the very, very proscribed set of 80 or 90 tests that are required to get the safety certification.”

He congratulated train manufacturer Bombardier and signalling control makers Siemens for the “superb job” they had done working with Crossrail, describing a collective effort by “about 2,000 people across the globe and about 20 engineering centres to get the software to this point.”

Asked by the Mayor to say more about the Whitechapel and Bond Street stations, Wild described the former as “probably the most complex railway job actually ever done in Europe” that now has “a clear path to complete, probably around September, October this year”. He characterised Bond Street as “always the problem project” but said he is “very confident” that it will be built within this calendar year” and that both stations will “open with the railway”.

The board also heard about the the start of Crossrail trains running under the TfL Rail banner between Paddington and Reading since 15 December and that the “final stages” of safety certification for them to also connect to Heathrow would be gone through in the next few months. If the Elizabeth Line’s central section does open in summer next year, Wild and Meggs believe the full railway linking Reading with Shenfield should follow “by the middle of 2222”.