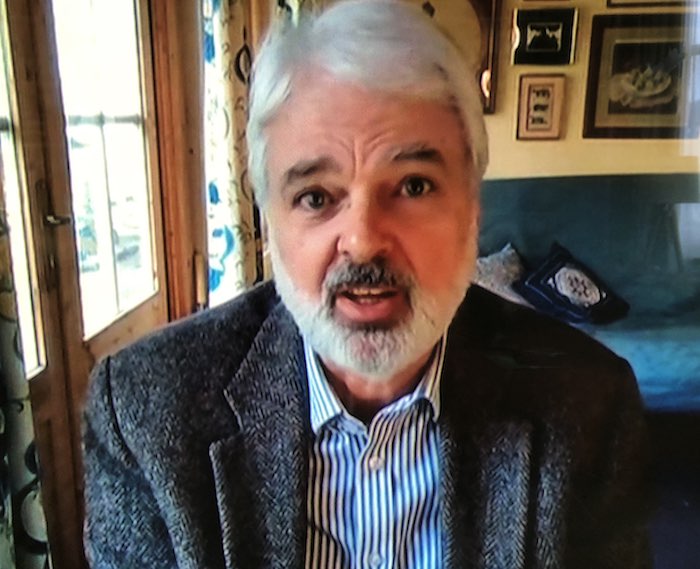 One of London’s most influential business leaders has urged London Members of Parliament, “regardless of party”, to join forces and demand “a proper plan for London” from the government to help the city recover from the pandemic and “make sure we retain our place as a global and world city.”

Speaking in advance of Wednesday’s budget, Richard Burge, chief executive of the London Chamber of Commerce & Industry, told the BBC’s Politics London programme that “London is this country’s world city, it’s the goose that lays the golden egg. It’s about time we fed the goose.”

Burge’s call for united pressure from the capital’s 73 MPs, 21 of which are members of the ruling Conservative Party, follows a series of appeals from business groups in the capital (including the Chamber) and Mayor for targeted measures to help London, which produces almost a quarter of all the UK’s economic output.

He said the announcement by Chancellor Rishi Sunak last week that £5 billion in grants will be available for around 700,000 businesses in the UK’s retail and hospitality sectors, which in the West End have been hammered by the collapse in footfall caused by Covid, is “a very, very good move”, which how good is hard to tell until it becomes clear if the pot is big enough.

And Burge warned that a rumoured increase in Corporation Tax “would have a devastating impact” unless it was part of “a grand plan to recover the economy” encompassing “not just recovery from Covid” but also enabling adjustment to the new circumstances created by the Uk’s departure from the European Union.

“I think if there are going to be tax rises and tax changes, it needs to be [part of] a wholesale review,” Burge said. “We all need to be involved in that discussion, and it can’t be piecemeal. We’ve just got to have a strategy, and that strategy has got to be laid out, and we’ve all got to become part of it.” He argued that “a proper review of all corporate and company taxation,” is needed if a system suitable for the 21st century is be be created.

Asked if he believes the Chancllor has been listening to London’s business, Burge replied “I think he is a bit,” but remarked that the Treasury exists “in a bit of a bubble,” and tends to see things in terms of “macro-economics”. Observing that “nobody in the Treasury has ever filled in a VAT form” or the like, he said the only way to get past the problems that can arise from government’s necessary detachment from “the realities of business” is if they are “genuine about their discussions”.

Burge said that fellow guest on the programme Paul Scully, the MP for Sutton & Cheam and also both minister for London and for small businesses, does good work but endeavour “needs to go wider in government”. Scully said he was reluctant to speculate about an range of budget-related coverage in today’s newspapers but said, “Ultimately we’ve got to find a way of making sure we can look at the public finances as a whole, we don’t want to choke off a recovery before it even starts.”

Labour’s Sarah Jones, MP for Croydon Central, confirmed her party leadership’s view that this is not the right time for a Corporation Tax rise and said, “We’re worried that the Chancellor wants to get tax rises in now so he can have some good news before the general election in a few years’ time.” Jones expressed particular concerns about the future of High Streets and hoped the government’s long-running review of Business Rates would report soon. Scully said it is expected in October.