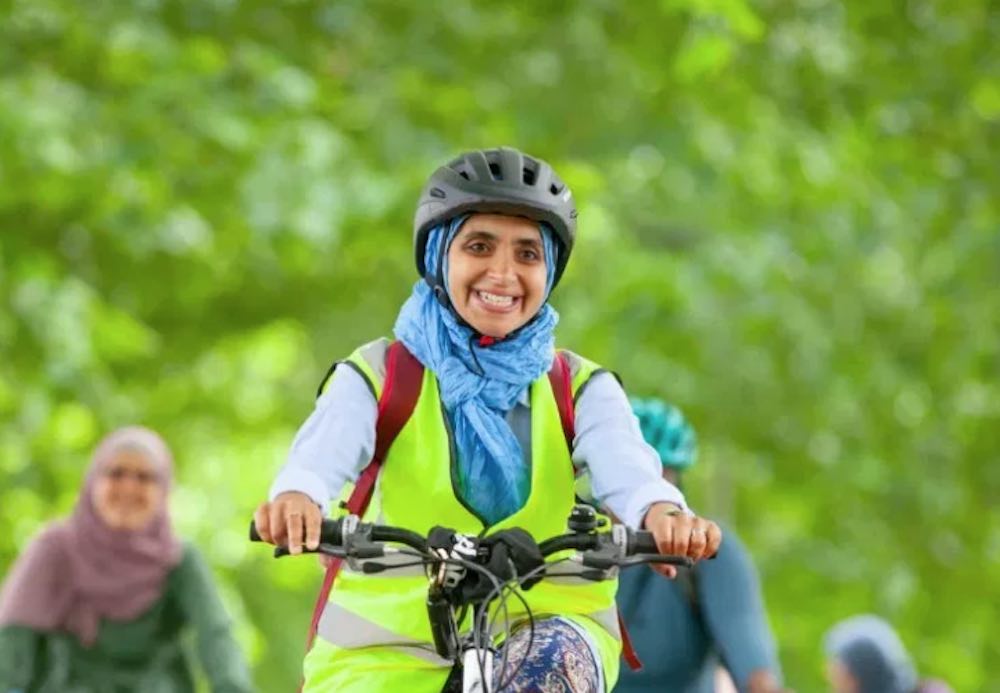 On 3 September, in partnership with my friends The London Society, I will be chairing a discussion event with the title: Are London’s cycling policies working for everyone? The question urgently needs asking because, at present, the answer to it seems to be “no”.

There is no doubt that many more cycling Londoners would be a good thing both for the city and of itself. Clean, road space-efficient, not necessarily expensive and good for body and soul, cycling is, in theory, a virtuous transport option available to pretty much all of us.

But in practice very few Londoners cycle and those who do are disproportionately drawn from a very small section of the capital’s multifarious population, raising questions about why others are so relatively unenthused. A particular concern is that the types of road redesign advocated by campaigners and introduced under successive Mayors – protected cycle lanes, “quietway” routes and so on – with a view to broadening and enlarging the London cycling demographic, might, at least so far, be having little beneficial impact on that situation.

The most recent of Transport for London’s exhaustive annual Travel in London reports says that a mere two per cent of complete trips and individual journeys stages within Greater London are undertaken by bicycle, a figure that hasn’t risen since 2005. Both Boris Johnson and his successor Sadiq Khan have vowed to boost it, using road infrastructure changes to address road safety concerns.

That is a logical priority – fear of accident and injury repeatedly emerges as a big factor putting Londoners off riding bikes. However, that same Travel in London report also included findings that indicate considerable resistance to taking up cycling among Londoners for reasons unconnected with safety fears.

Nearly 50 per cent of Londoners surveyed agreed with the statement “cycling is not for people like me” – an increase from 36 per cent in 2013, when Johnson’s cycling infrastructure programme was announced. TfL concluded that cycling is “perceived as an exclusive mode or one that is only accessible to certain demographic groups”.

Since then, TfL’s latest cycling trends update, produced last month (though not available online), showed a five per cent increase in “cycling volume” across London in 2018 compared with 2017 – when growth actually stalled – and at a higher rate on routes where special cycling infrastructure has been installed.

However, the update also said it could not yet be ascertained if the increase on those modified routes had resulted from people forsaking other forms of transport to make use of them – a key goal of cycling policy – or from existing cyclists switching to them, or from the same people cycling on them more frequently. The possibility therefore remains that the protected cycle lanes and other changes to roads introduced over the last few years have not, in fact, resulted in many more Londoners taking up cycling as was hoped and as some fervently believe.

And another part of the picture is much clearer, presenting a considerable challenge to those who want cycling to become a mass participation transport mode in London. The TfL update confirms that affluent, white males from higher income households dominate the city’s cyclist profile. In TfL’s words: “The demographic profile of people who cycle on new infrastructure is not significantly different from those who cycle as a whole, these remaining mostly white, male, middle-aged, middle and high-income people who cycle regularly.”

This statistical over-representation of one group of Londoners compared with all the others seems to underline that the barriers to Londoners taking up cycling are not going to be removed by new infrastructure alone and strongly suggest that a range of other reasons – to do with culture, class, gender, behaviour and perception – are holding Londoners back from embracing the bicycle as a way to get around.

The TfL update’s findings on this are enlightening and clear. Across the age and income range, “The vast majority of cyclists are white,” reaching levels of more than 85 per cent on all the modified routes assessed. Significantly, the update adds: “This proportion does not seem to have changed following construction of the routes.”

It also says that on most modified routes women account for only “around 27 per cent” of cyclists, and although that figure rises to 34 per cent on on some “quietway” routes (gradually being renamed as “cycleways”), TfL again adds that “where data are available this gender split has remained largely unchanged with respect to the pre-construction baselines”. So woman are greatly under-represented, and perhaps even the quietways, introduced to attract less confident cyclists have not brought about more cycling among London’s women.

In terms of age, TfL says there is “a very low proportion of young, 16-24 years old cyclists”. This group accounts for fewer than six per cent on all assessed routes. The proportion of cyclists from low income households (those below £20,000 a year) is also very low, running at 14 per cent, compared with around 26 per cent of London’s population. By contrast, says the TfL update, “the proportion of cyclists from households with incomes above £75,000 “is significant”, often exceeding 20 or 30 per cent, and “seems to be increasing slightly”.

Why haven’t the high profile, infrastructure-centred cycling policies of recent years facilitated the diversification of London’s cycling demographic envisaged in Boris Johnson’s 2013 Vision for Cycling? Such a diversification would, of course, also increase the number of Londoners cycling and the amount of it done. Why do many Londoners even in the group that is keenest on cycling remain unclaimed by its attractions?

There could be many answers to such questions. For some, the infrastructure programme is simply not yet extensive enough to overcome safety fears. Others question the nature and priorities of that programme, saying there are better ways to regulate roads that are more effective for facilitating cycling and that also encourage more hospitable streets generally. Aggressive attitudes and “boy racer” behaviours among dedicated cyclists (and some cycling campaigners) are cited by some as off-putting, notably by women. Although pro-cycling policies are often presented as pedestrian-friendly too, not every pedestrian is convinced. Has too much time and money been expended on radial commuter routes and too little on local schemes that might appeal to a wider range of people?

The panel for the 3 September event is amply qualified to address such questions.

Three of its four members are women with wide and long experience of getting around London by bicycle and helping others to do the same. Pat Brown has been influencing London-wide “liveable” street policies since the days of the Greater London Council, most visibly with the creation of the Legible London signposting programme. Rita Krishna has years of experience in road safety and street design in Hackney, which has the highest cycling rates in London. Jill Rutter from the Institute for Government, has written about being knocked off her bike on a segregated lane by a male cyclist, the type who “unleash their inner Bradley Wiggins on their daily trip to work”.

The panel is completed by Leon Daniels, the now former TfL surface transport chief who oversaw the implementation of new cycling policies, particularly under Mayor Johnson. What might have been done differently or better, and what lessons might be learned for the future?

London can only gain from successfully nurturing a civil and sustainable street transport culture through policies that work for everyone. Achieving that includes having a bigger, better and broader cycling debate. Join us on 3 September to contribute. It will be great to see On Londonreaders there.