With one exception, the manifestos of the three largest parties make few specific offers to the UK’s capital city 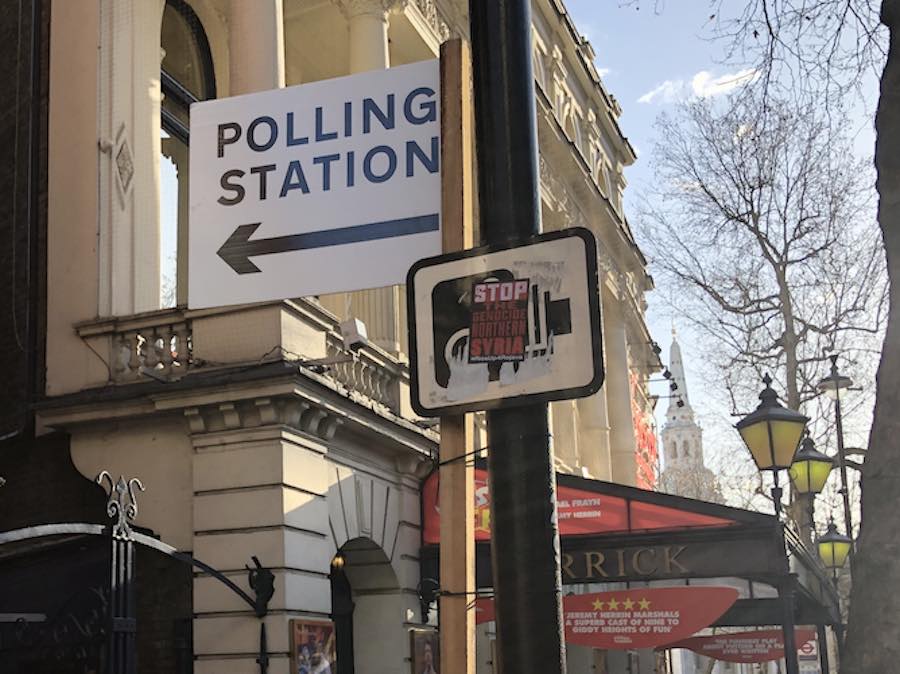 To begin, your occasional reminder that London, a boo word for an array of populists, cranks and malign provocateurs, produces nearly one quarter of the UK’s economic output and generates about one third of all its taxes, £34.3 billion of which were re-distributed from the capital to Scotland, Wales, Northern Ireland and across most of the rest of England in 2017/18. That’s more than a quarter of what is spent on health in the whole of England. I learned yesterday that Selfridges department store contributes more to the government in corporation tax than the whole of Durham.

At the same time as London props up public services in the rest of the country, its own are creaking, fraying and failing while it struggles with the highest poverty rates in Britain. At 31 per cent, those of “rich London” are far above the national average and far ahead of the North and Midlands of England, the two regions on which Boris Johnson and Jeremy Corbyn have been lavishing their attention throughout the general election campaign.

Yet despite this massive contribution and those enormous problems, London has barely figured in the election at all, except as a convenient target for resentment and dislike. Just as the outcome of the EU referendum result can be interpreted as a rejection of a London routinely demeaned as the home of dodgy bankers, rampant street crime, too many immigrants and the “metropolitan elite”, so the six weeks of hot air and stone cold fabrications to which a weary electorate has been subjected can be seen as an anti-London mobilisation, at least as far as the two largest parties have been concerned. Jeremy Corbyn made a speech in marginal Battersea just after the election was called, but since then neither he nor Boris Johnson have been anywhere near. Their itineraries and their rhetoric might have been designed to slight the city of which one has been the Mayor and both are likely to continue to be MPs.

Then there are the manifestos. What is in these documents that speaks to and for London and Londoners? The Conservatives’ flimsy offering mentions what Johnson used to hail as the UK’s economic engine room three times. The first two are there to make the point that the capital has been doing very nicely and it is time for some “levelling up”. It declares that, “In the 21st century we need to get away from the idea that ‘Whitehall knows best’ and that all growth must inevitably start in London.” It promises that city regions will get money to upgrade their public transport “to make them as good as London’s”, a comparison that implicitly rebukes the capital by excluding it from the pledge.

Plenty has been said and written about Johnson’s barely passing acquaintance with the truth about just about anything at all. Having been London Mayor for eight (albeit indifferent) years, he should know better than anyone that the economic fortunes of London and those of the rest of the country are more interconnected than opposed, and that a weakened London would mean more harm than good for Swansea, Stranraer and Stoke. “Rebalancing” is not a zero sum game. He should also know that if and when Brexit is “done” – which certainly will not be the case on 31 January next year – the UK is likely to depend even more heavily on the capital, so notably resilient in the face of previous slowdowns and crashes. There is no mention in the Tory manifesto of Crossrail 2, and it’s on the fence about Heathrow and HS2. A bullet point about extending contactless pay-as-you-go ticketing to “almost all London commuter journeys” is the one crumb with London’s name on it. The Conservative Party of this election has often been described as having been turned into the Brexit Party. Its attitude to London miserably strengthens that case.

It is a greater disappointment but no less of a surprise that Labour’s manifesto is no better, and that its regional manifesto specifically for the capital is feeble. As with the Tories’, the principal missive waffles about “levelling up” and investment being “evenly spread”, all of this in tune with the reductive “north-south divide” fatuities now so commonplace throughout the Left. A barely comprehensible section about “radical centralisation” talks of Wales, Scotland, Northern Ireland and the North of England, promising the latter that a bit of the Treasury to be called the National Transformation Fund Unit, will be located somewhere in that part of the country. That, and vague promises about local transformation funds and boards with local people sitting on them is as near as Labour gets to a coherent national programme of devolution that might merit being called “radical”. The Tories have at least promised a devolution white paper.

Labour’s regional manifesto for London is striking mostly for the absence of all the things London’s Labour Mayor Sadiq Khan has been asking central government for. Rather, it merely lists London’s allocation of Labour’s national spending proposals and policy reforms. As with the Tories, there is no mention of Crossrail 2 in either document. HS2 is mentioned once in Labour’s main one, saying only that Scotland would not miss out on its bit. The regional manifesto says nothing about devolving use of property taxes, resetting council tax bands, statutory minimum wage-setting, health system design or control of suburban rail services, and nothing about extending the Bakerloo Line. It is a manifesto for London in which London itself and its particular needs do not appear. That’s quite an achievement in its way.

Just as the Tory documents are an indictment of the party of Boris Johnson, so Labour’s shine an unflattering light on Jeremy Corbyn’s Labour. Corbynism presents itself as a moral crusade, a “social movement” devoted to the vanquishing of injustice. In truth, it is self-indulgent, vainglorious and intellectually vacuous, a cross between a happy clappy faith group, a nostalgists’ moaning society and a feelgood lifestyle choice with a few, sometimes sinister, conspiracy theories thrown in. Its complicity in knocking London as somehow the greedy enemy of a fairer UK is further evidence of its inadequacy. Labour’s 2019 manifesto is the document the Corbyn Left has always longed for, convinced that if people are offered proper socialism they will fall over themselves to seize the chance to roll back everything that’s happened since the first government of Margaret Thatcher was elected in 1979. It doesn’t look as if that’s going to happen, and Labour prospectus fails London hopelessly.

With the Green and Brexit parties not in contention for any London seats, that leaves the Liberal Democrats. They have not covered themselves in glory either in the campaign, attracting deserved mockery for their traditional indulgence in dishonest bar charts and criticism for their pledge to revoke Article 50 (although the arguments in favour of such a move, given the murk and manipulations of the 2016 EU referendum campaign, should at least be acknowledged). Neither does the Lib Dem presence in London local government necessarily inspire confidence: in Haringey, where they form the opposition group, they are as doggedly opposed to beneficial housing and other property development as the ideologues of the ruling Labour group.

In their favour, however, is a national manifesto that does not characterise London as a blood-sucking pariah. The Lib Dems alone of the three biggest parties express unqualified enthusiasm for staying in the EU and support for both HS2 and Crossrail 2 (as well as, not instead of, Northern Powerhouse Rail, and quite right too). They oppose airport capacity expansion in the south east, saying it should take place elsewhere. They advocate a “commercial landowner levy” to replace business rates, the creation of a “regulated cannabis market” to help reduce violent crime, a new set of employment rights to regulate the “gig economy” and the biggest free childcare boost of the three largest parties, all of which would be particularly valuable for London. They also manage to advocate a “devolution revolution” without snubbing the capital in the process.

It is certainly the case that the Lib Dems are promising less than Labour in many important policy areas, but their manifesto does have the advantage of numbers that seem to stand a chance of adding up. The Institute for Fiscal Studies has described the tax and spend calculations of both Labour and the Tories as simply “not credible” but is kinder about the Lib Dems. The excellent Full Fact has concluded that the Lib Dem claim that remaining in the EU would mean £50 billion more for the government to spend over the next five years is “a fair assessment of the best available forecasts”.

The big priority of many Londoners on Thursday will be casting their vote in the best way they can to stop Brexit and stop “Boris”. A significant minority will feel differently. But all Londoners might also want to reflect on what the three largest parties seem to think about their city: its strengths, its problems and its place in the future of the UK and the world.