It seems that a purchaser for the developer’s interest in the problematic, Boris Johnson-backed regeneration project might at last be found 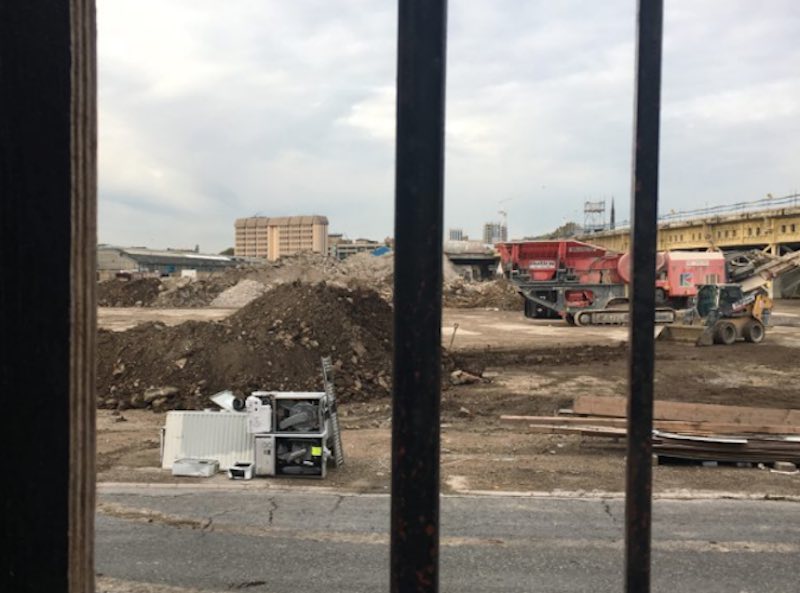 Ten years have passed since the then Conservative-run Hammersmith & Fulham Council unveiled ambitious plans for the redevelopment of Earls Court and north Fulham. These included knocking down the Earls Court exhibition centre and two adjoining council-owned housing estates to help make way for a new west London district straddling the border with Kensington & Chelsea next door.

What’s happened since can be broadly characterised as a costly extended farce resulting in precious little being built, a large empty space where the exhibition centre used to be and a long running attempt by the project’s original lead developer, Capital & Counties (Capco), to relieve itself of interests in the regeneration site that have been losing value on a dramatic scale. How might that empty space be filled and what is going to happen to the estates?

For a while now, persons close to the saga have been anticipating Capco at last finding a buyer by the end of this year, and it appears that Delancey, best known in London for its involvement with the former Olympic Park athletes’ village (now called East Village) and the Elephant & Castle shopping centre redevelopment (currently the subject of a legal challenge), are the most likely purchasers. That’s what Property Week is saying and so are On London sources.

If a deal is sealed, it will pre-empt the reported efforts of Candy brother Nick to obtain all of Capco’s London portfolio – the profitable Covent Garden as well as the catastrophic Earl’s Court – as well as thwarting the Canary Wharf Group among others who have had discussions about stepping in. It will relieve Capco of a burden that has been dragging it down for three or four years and, hopefully, result in a few shovels finally disturbing the cleared ground.

As for the two estates – the West Kensington and the Gibbs Green – they are subject to a legal contract transferring them to Capco’s ownership. But Sadiq Khan has said their return to the control of Hammersmith & Fulham, which has been Labour-run since 2014, would be a pre-condition of his approving any new planning consent.

The Mayor has urged any new owner to come up with new plans which, unlike an existing consent secured by Capco and approved by the previous Mayor, Boris Johnson, conform to his affordable housing policies. Council leader Stephen Cowan has told residents that his administration is “willing and able” to reimburse Capco for the money it has received from them so far.

Mayor Khan has expressed support for the council’s plans for  to take ownership of the exhibition centre part of the site, which is currently owned by a joint venture company formed by Capco and Transport for London, the land’s freeholder, in 2014. TfL has made known its frustration with Capco for seeking a buyer for its Earl’s Court interests rather than concentrating on getting building on the former exhibition centre land. It is understood that TfL made its own offer to Capco during the summer.

A separate, nearby section of the original Earl’s Court Project, called Lille Square, has made much better progress but its main section, comprising the estates, the exhibition centre land and the TfL-owned Lillie Bridge London Underground depot which lies between them, has become chronically stalled. The sale of Capco’s interests to Delancey would create the best and most immediate prospect of progress with the site and the two estates being returned to full council control.