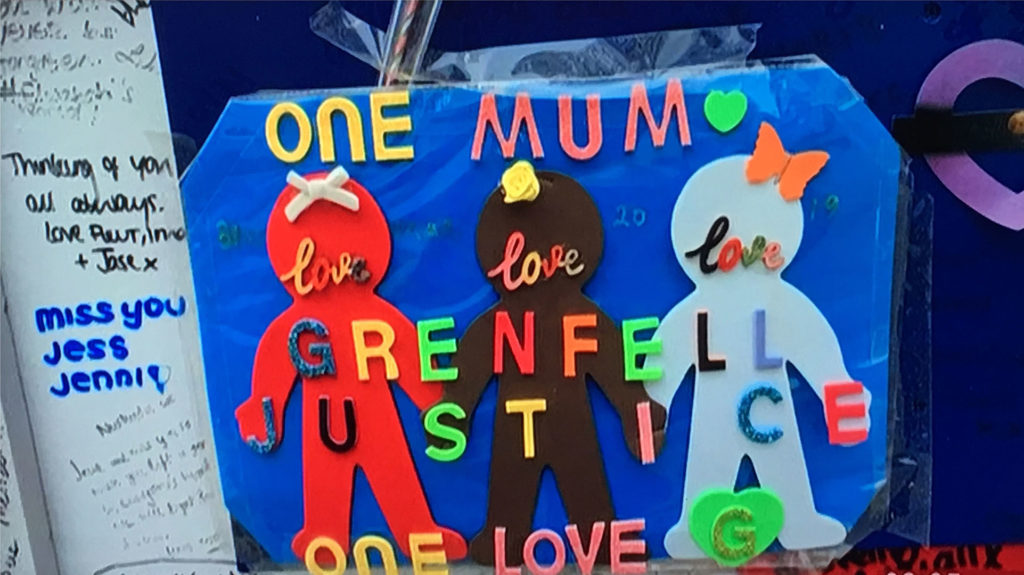 The Grenfell Public Inquiry has announced it will publish its Phase One report on October 30th, the day before we are due to leave the EU. Coincidence or not, this will ensure that any Government response will be buried under the Brexit media avalanche.

I recently visited some of the people I’ve come to know in North Kensington over the past two years. Listening again to their stories of the fire and its aftermath, I left with the depressing feeling that, two years on, not much has changed and little has been learnt.

Grenfell United are well known as the main group representing survivors and bereaved families. They are ordinary people, yet their experiences give them a heavy burden to bear – a realisation of the need for urgent change and a sense of debt to those who died to ensure that Grenfell never happens again. Residential blocks around the UK remain covered in Grenfell-type cladding, yet the Australian state of Victoria has spent as much on removing cladding as our entire nation. Social housing tenants’ concerns are often ignored, and there is little effective regulation of landlords. Grenfell United have limited resources, yet they are determined to maintain pressure on these issues.

We sat with one young mother of three in her small flat in a block near the shell of Grenfell Tower. She lives in so-called ‘temporary accommodation’ (some in her block had been in this state for over twenty years). The block had been without hot water for many weeks. The ground floor balcony door did not lock, making the apartment vulnerable to intruders, and mouse droppings littered the floor despite her laying traps. Because the flat was offered by the Council yet administered by a Housing Association, it wasn’t clear where to complain. Repeated calls to the landlord had achieved little. Similar stories are found across North Kensington, with many reluctant to complain in case they are branded troublemakers.

This is happening in one of the wealthiest boroughs of the country. Many feel our depleted social housing stock has become, to quote one resident, a ‘dumping ground for the most vulnerable in our society’. Those we met often felt fobbed off, and that the people responsible for their housing work in an opaque, bureaucratic system that doesn’t care enough to ensure decent living conditions.

Which brings us back to Grenfell United. The changes they campaign for – stronger regulation and a proper tenant voice – should not be hard to establish. The financial crash led to tighter regulation of financial institutions with clear penalties for banks. Yet tenants with landlords who fail to maintain their property, rendering it unsafe, have no effective remedy.

Two years since Grenfell, little has changed. If the Inquiry report is lost under the Brexit

fallout, it will continue the pattern of Grenfell’s lessons being forgotten. It’s hard to imagine how that feels to those who lost loved ones in the Tower. If we continue to neglect social housing, there is no guarantee Grenfell won’t happen again somewhere else, sometime soon. If it does, we will have no excuses left.