The 13 beds in the Pembridge Unit, St.Charles’ palliative care ward, have been closed since last October due to the lack of a consultant.  It has now been announced that they may be lost permanently:  an independent reviewer has stated they were under-used and too expensive, and there were no received complaints when they were closed. (https://www.centrallondonccg.nhs.uk/media/95628/1-PJH4-Independent-review-palliative-care). 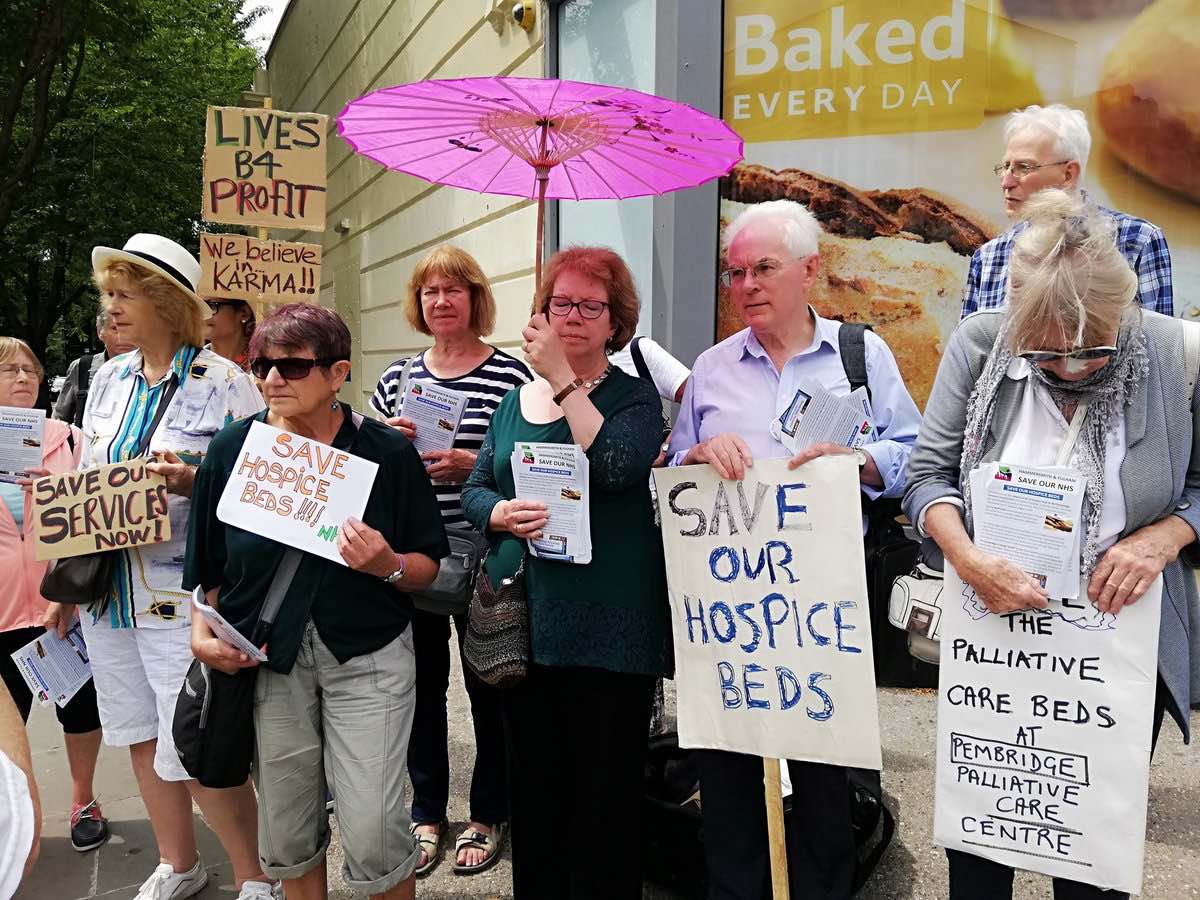 On Saturday July 27th, a group of local supporters met and held a ‘vigil’ on Ladbroke Grove in protest, and on Sat Aug. 3rd, there will be further action on Portobello Market.

This proposal causes great concern in the context of so many other threats to our local services.  Cuts to services for those in the last phase of life are particularly cruel, as those in need are by definition not at a stage when they can be expected to protest or defend their own interests.

Clearly, even if most people prefer to die at home, more than average in this area will need a hospice bed due to poor housing and lack of support.  If they have to go further afield will make it harder for them to have support and visits by friends and family, so they will be dying alone and isolated.

The health service is trying to reduce the number of people who use A&E, and the independent reviewer found that patients who were registered for palliative care were very appreciative of the access to emergency support and care from the Pembridge Unit.

All the other palliative care services in the area are independent charities (St.Lukes in Kenton, St.Johns in NW8, Marie Curie in Hampstead and Trinity in Clapham).  Although they receive NHS funding, they do not have the same public duty to provide for the whole community as of right.  To axe the only directly provided NHS service must be a threat to those in greatest need, who do not have the resources to travel further or pay from private care.

If you are also concerned about this proposal, you could write to your GP to alert them, with a copy to your MP and to the CCG’s complaints officer: clccg.communications@nhs.net for Central London, or West London CCG: cwhh.complaints@nhs.net .