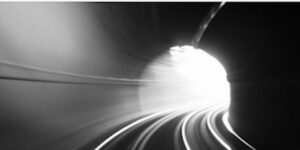 To All Who Signed The Petition: We Have Traction!

This morning, following weeks of discussions and surveys, we were delighted to read the public support given to our campaign by Felicity Buchan (MP For Kensington) and Tony Devenish (Assembly Member for West Central on the London Assembly). (See below full statement).

Their announcement is an important step towards the termination of this failed Scheme and we now look forward to RBKC taking the final and courageous decision to put an end to the Cycle Lane Scheme on Kensington High Street, as soon as possible.

But this is not the end of the journey:

We also look forward to working with Cyclist groups (to whom we spoke in order to gain a better understanding of their long-term objectives), the council, as well as local resident and business groups, so that together we find better solutions to encourage active travel in a way that is safe for cyclists and pedestrians, balanced – distributing road network resources in a sensible manner between all users (cars, taxis, delivery vans, lorries, buses, emergency services AND cyclists), and green – reducing pollution from motor vehicles in our borough for the benefit of all.

The full text of the statement is as follows (we highlighted parts in bold) :

As the Member of Parliament for Kensington, and as the Member of the London Assembly for West Central respectively, we want to start by making clear that cycling is an excellent way to travel, and we have both always been strongly in favour of encouraging active travel, especially now in the context of the coronavirus pandemic. Cycling is a great way for people to get around, with physical and mental health benefits, the potential to reduce vehicle congestion in Kensington, and provides a valuable socially-distanced alternative to public transport.

This is why we did not oppose the process of installing the temporary lane and approached it with a positive mindset, hoping that this scheme would be a success, and actively encouraging Residents’ Associations and those with misgivings to have an open mind. We made clear that the cycle lane needed a fair period of operation to prove itself, and it was only if it was clear that the temporary cycle lane had failed in its objectives, that we would advocate for its removal.

Now that Phase 1 of the cycle lane is in place and has had a fair chance to operate, it is apparent to most people who use the High Street to travel, whether on a bike or other form of transport, that Kensington High Street is not an appropriate location for a cycle lane, either for cyclists or all other road users.

We have both had a vast amount of correspondence from concerned constituents, with the Parliamentary inbox receiving 96% of comments against and only 4% in favour. The resident’s associations: VRARA; KSRA; ESSA; ECSRA; KCRA; Melbury Court; and Kensington Residents Group, also now oppose the cycle lane. The Kensington Society has urged the Council to remove the cycle lane; and the Kensington & Chelsea Chamber of Commerce opposes the cycle lane, stating that it does not benefit Kensington and Chelsea businesses in its current form. A petition against the scheme has now attracted over 3000 signatures, and a recent Survey by the Kensington Business Forum showed that a vast majority of the local businesses are against the Scheme. Finally, a survey conducted by Tony Devenish, found 80% of RBKC residents opposed the cycle lane.

TfL has always placed RBKC under immense pressure to implement a cycleway scheme, and have threatened to take over Borough roads. It is now clear that TfL severely miscalculated the impact of such schemes, which require careful analysis.

We would fully encourage RBKC to explore expanding their highly successful Quietways programme, and we note the success of other measures such as on Portobello Road. Anything that is done to promote active travel must be safe, fair, and balanced for all road users, including the elderly, children, and disabled.

We would like to see the cycle lane remain until the end of the current lockdown on 2nd December. However, we believe that this scheme needs to be removed swiftly as soon as we exit lockdown, to allow businesses along the High Street a period of unimpeded business, in the run-up to Christmas, and following the very real difficulties they have faced during the coronavirus restrictions. Kensington High Street is simply not the correct location, and we must act in the interests of our constituents.

The Dame: LIGHT AT THE END OF THE CONGESTED ROAD?
Tagged on: Cycle Lane Scheme    Felicity Buchan    From The Hornets Nest    Kensington    The Dame    Tony Devenish