Skip to content
0
SHARES
ShareTweet
The Chancellor has flagged for months that a key appraisal tool of his department will be adjusted to eradicate favouritism towards London and the south east, but not everyone thinks it really exists
DAVE HILL 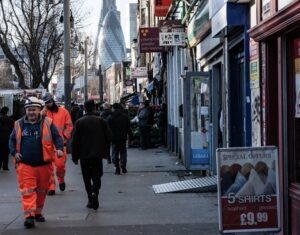 A core claim of today’s populist “north south divide” narrative, to which Boris Johnson’s government, Corbynite Labour and the Guardian all subscribe, is that an “anti-northern bias” is not only embedded in the mindset of national government machinery in Whitehall – which is what subscribers to the narrative sometimes mean when they complain about “London” – but also written in to the Treasury’s fabled Green Book, its guidance for appraising projects and policies a government might back with public money.

The view that the Green Book’s formulae and assumptions are effectively rigged to favour London at the expense of, in particular, the north of England, has become so embedded that even the BBC reported it at the weekend as uncontested fact. We were told that Chancellor Rishi Sunak “plans to remove a longstanding bias that has affected funding for northern England and other regions” and that changes to the Green Book will be integral to this as part of the government’s “levelling up” agenda.

As we await the removal of this favoured treatment of “rich London” – with its nation-leading poverty rates, and all – let’s remember that not everyone accepts such a bias really exists.

As On London reported in September, an analysis by think tank Centre for Cities, which is concerned with the economies of all the UK’s cities and large towns, concluded that the Green Book’s method for calculating, say, a transport infrastructure project’s benefit cost ratios – its overall value for money in terms of return on investment – are not biased towards London and the wider south east of England at all.

According to that assessment, the main reason bids for public money from places elsewhere do not succeed is that the bids themselves are often of poor quality, placing themselves at a disadvantage even before Green Book tests of their economic value are applied. As for “levelling up” in any meaningful sense, that would require both a great deal of money and a proper, long-term strategy including far more devolution, the latter still conspicuously lacking from the government so far.

Before that, in June, engineering giant Arup took a look at the methodology of the Green Book with the “levelling up” notion in mind, following a government promise at the March budget to “consider how the design and use of project appraisal affects the ability of all areas [of the country] to achieve their economic potential”.

Arup’s evaluation, which On London contributor Alexander Jan co-authored, notes that the Green Book as it is does not, of course, oblige politicians to make decisions based solely on what the book’s economic framework generates. And it stresses that the framework is already flexible, providing a basis for decisions that aren’t only about economics but also “strategic objectives, funding availability and wider deliverability considerations.”

It looks in detail at, among many other things, how the Green Book might be amended to strengthen the delivery of local economic and social objectives. But it also observes, as Centre for Cities would later do, that the Green Book framework can already favour investment in less well-off regions. Arup’s conclusions are headed by a call for “a clear definition of levelling up” and for “clear objectives” to be set.

Alex’s Foreword to the Arup document urges the government to “avoid policies that may inadvertently lead to ‘levelling down’, whereby the inequality gap is closed perhaps through making some cities and regions poorer.” He adds: “There needs to be a fundamental and continuing recognition that inequality and deprivation within regions should also be tackled. To this end, the framing of the debate in terms of ‘them and us’ cannot be considered a constructive way to achieve desired policy outcomes.”

So true. Has the government been listening?

Dave Hill: Does the Treasury’s Green Book really have an ‘anti-Northern bias’?