When the Dame was a sprightly young thing she was an adviser to horrible Robert Maxwell.

It was a traumatising experience but she learned one thing about British life.

Maxwell fired one of his directors paying him off with a large sum of money and fulsome words in the Annual Report.

When the Dame suggested he drop the honeyed words seeing as the man was so hopeless.

The fat man replied, “No, that’s the way you British do it”.

Maxwell was indeed right. When people cock up instead of a boot up their backside we reward them.

This letter seems to substantiate that terrifying British trait.

Dear Dame
Last month’s post “Useful Idiots and Environmental Health”  shed some light on the “murky business” behind the piano fiasco. Disgusted Resident pointed out that if Sue Harris was the idiot who gave the green light to the Carrabino piano legal fiasco, she was supported by morons on one side and “the old boys’ network” on the other.
http://fromthehornetsnest.blogspot.com/2020/09/useful-idiots-and-environmental-health.html.
Newly disclosed information shows that Tim Davis, the noise and nuisance team leader behind the dispute at the time, had day-to-day control of the dispute and opportunities aplenty to end it. 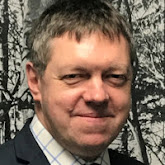 In an email to a subordinate, Tim Davis instructed the subordinate not to accept an offer the parents of the piano-playing children had made to RBKC to end the dispute very early on in the proceedings in 2015. The offer was extremely generous to RBKC and the Baptistas, and had Mr Davis accepted it, costs to the RBKC taxpayer would have been negligible and RBKC would not have looked so ridiculous or the Baptistas so foolish.

In April 2016 Tim Davis and his team were lambasted by the Magistrates’ Court judge for their poor understanding of the law on noise nuisance and their unreasonable behaviour.
In the private sector Mr Davis would surely have been fired for this court ruling against him and his part in the decisions made at the time. Remarkable then that Mr Davis was promoted to Head of Environmental Health in April 2019.