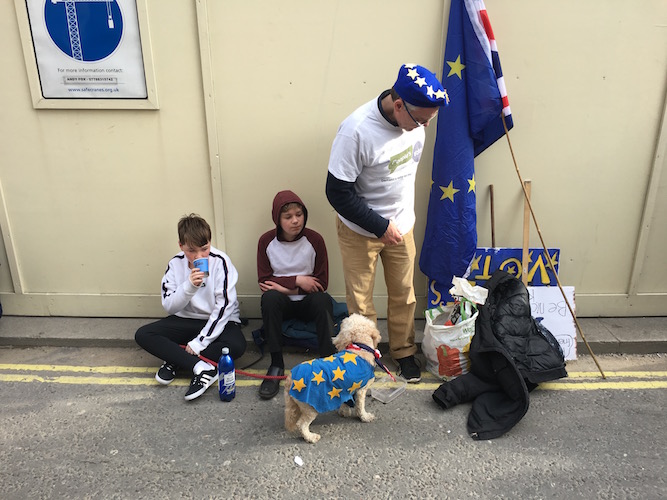 The government must do more to repair the UK’s trading relationship with the European Union if its talk of a new “global Britain” is to become a reality, a leading business group has said, as a new poll finds that 53 per cent of companies based in London expect disruption caused by Brexit to continue for the long-term.

Commenting on the findings for the capital from a national survey by Survation, John Dickie, acting chief executive of London First, said, “It’s clear that the disruptions to UK trade with the EU go beyond teething problems with the new regime,” and urged the government to do more to tackle border delays, ensure “the free flow of data” between states and provide “adequate guidance for businesses navigating changes.”

A striking 85 per cent of the 236 London-based firms reported “some form” of disruption to their operations since the UK left the EU’s single market and customs union on 31 December – a larger figure than the 75 per cent for the UK as whole due to the higher percentage of industries in the finance, IT, legal and telecoms sectors in the capital.

New rules about business visitors were found to be adversely affecting 69 per cent of London businesses according to the survey of over 1,000 business, which was conducted in the second half of February. Nationally, the most common areas where disruption to operations has been experienced are to custom and supply chains, tax and VAT and “regulation”, each of which was mentioned by around 70 per cent of companies responding to the survey.

Other problem areas included getting goods to destinations, having to re-register with regulatory bodies in both the EU and UK, problems recruiting foreign workers, difficulty with getting professional qualifications recognised and changes in contractual arrangements. Twenty-nine per cent said they have stopped trading with the EU. Previously, 71 per cent of UK businesses had said they felt prepared for the new, post-Brexit arrangements.

A more positive finding of the poll where London is concerned is that around a quarter of businesses said they have an improved understanding than before Brexit of how to access new markets and see the new trading arrangements as an opportunity to diversify their their activities.  The poll was conducted on behalf of London First and international professional services network EY.