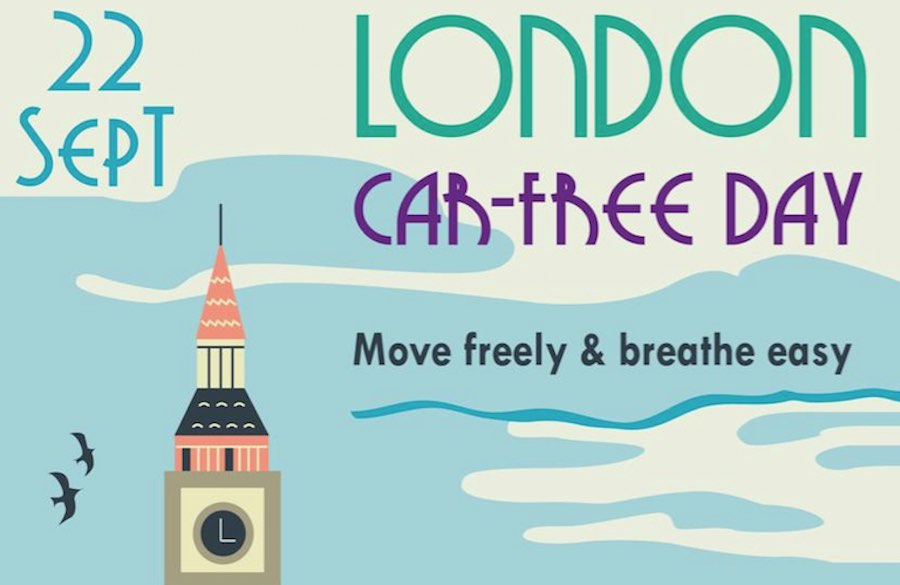 Today’s car-free day in London is the biggest yet and follows Friday’s demonstrations against global climate change. The two events underline growing and urgent concerns about air quality, traffic congestion and wider health and environmental issues in the city and show the pressure on its politicians to address them.

Sadiq Khan is talking up his policies in this area – the car-free day is, of course, his initiative – and some of his City Hall challengers are calling on him to do more, most conspicuously the Greens and also the Liberal Democrats. What is the best way to create the cleaner, greener London the car-free day invites us to imagine?

It’s worth reflecting on car use trends in London during this century. Some might be surprised to learn that car traffic levels have dropped across Greater London throughout most of that period, especially in the centre, where the introduction of congestion charging in 2003 had a big impact.

Also, the proportion of London households with a car has fallen slightly in recent years. Nearly half of don’t have a car, and the figure falls below 30 per cent in some Inner London boroughs. Why then, given these trends, have the environmental problems associated with car use become more troubling?

Speaking at the recent On London/London Society event exploring how to make cycling attractive to a larger range of Londoners, Leon Daniels, who was TfL’s managing director for surface transport from 2011 until 2017, stressed that the road space gained by the introduction of congestion charging has since been lost to other things, which means, in his words, “the density of traffic today is the same as it was before congestion charging.”

The boom in the number of private hire and delivery vehicles and the disruption caused by large construction projects are part of that story but, ironically, so are measures designed to discourage car use in favour of the more “sustainable” modes – buses, cycling and walking. Daniels explained that some of the new cycling infrastructure built during his time at TfL has had negative effects on bus speeds and in some cases for pedestrians.

The lesson is that less car use, though desirable, does not of itself necessarily means more hospitable streets, with fewer snarl ups and less pollution. Fuel type is a vital variable. The early years of the congestion charge coincided with an increase in the numbers of cars powered by diesel, which, although they emit less ozone-harming carbon than petrol vehicles, do more damage to air quality by producing high quantities of nitrogen and dangerous microscopic particles.

The ultra low emission zone is helping diesel’s decline in London and the bus and black cab fleets are getting cleaner. However, road transport continues to be the biggest contributor to the city’s air pollution problem. Cycling is hailed by its champions as a huge part of the solution, but TfL is not yet able to show that people have been switching to it from other forms of road transport and bicycles themselves do not clear air.

Mayor Khan’s car-free day will concentrate minds on the value of lowering car use, but should not distract us from the complexities, trade-offs and challenges that come with truly effective “healthy streets” and low congestion policies. These are all the harder to pursue thanks to the often furious opposition of warring road-user interest groups and major electoral calculations they entail.

The occasional car-free day is one thing, more frequent or permanent bans on certain vehicles are something else, and increasing the scale and scope of congestion charging is a politically risky proposition. Finding the right mix of radical policies to transform London’s roads and air is not easy. Getting voters to support one could be harder still.

Dave Hill: London is becoming more car-free, so why is it more polluted and congested?
Tagged on: Car Free    Kensington    London