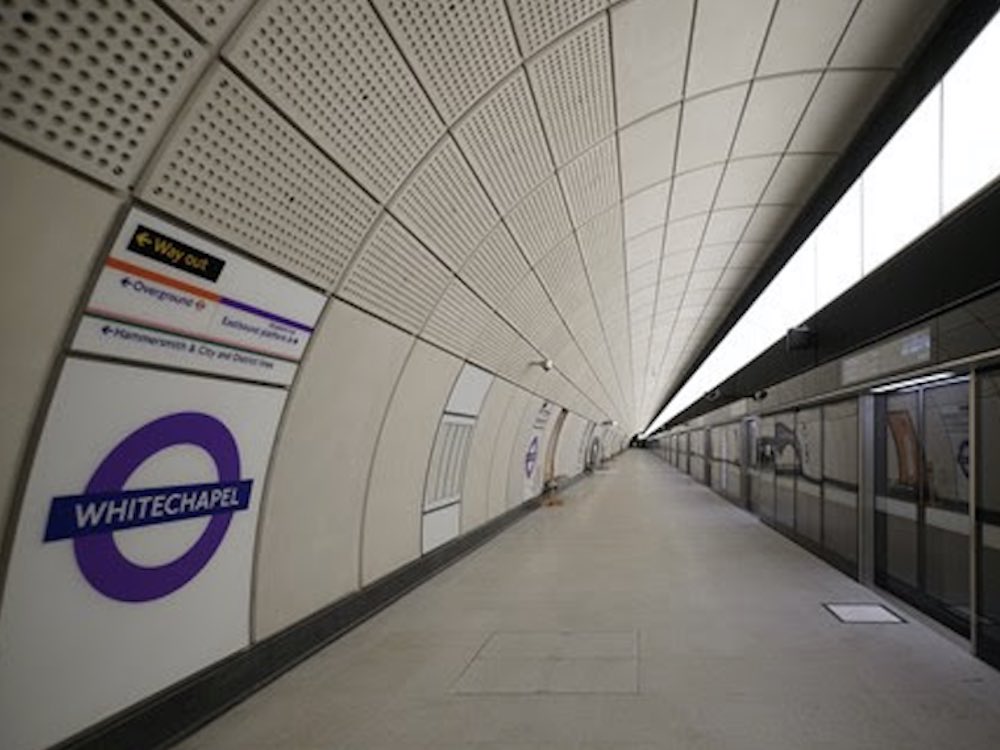 Another Elizabeth line station has been transferred to the control of Transport for London by Crossrail Ltd, marking a further step towards the intended full opening of the long-awaited new rail service in the first half of next year.

It has also been announced by TfL that Whitechapel station’s original entrance on Whitechapel Road has re-opened after restoration work along with a new ticket hall and lifts. A temporary entrance that has been in use since 2016 has now closed.

These new facilities are already open for use by London Overground passengers and District and Hammersmith & City London Underground users. The ticket hall is within a concourse on a bridge that goes across the Underground and Overground tracks.

“New escalators have also been built at the station down to the Elizabeth line, and step-free access from the street to Elizabeth line trains will be available at Whitechapel when it opens in the first half of 2022,” TfL says.

TfL advises that the Elizabeth line will initially operate as three separate railways, meaning that people boarding at Whitechapel will have to change at Paddington to get to Heathrow or Reading and at Liverpool Street for services eastwards towards Shenfield.

Further work is scheduled for Whitechapel’s Overground platforms early next years to raise their height, providing “level boarding from platform to train”. TfL says that until then a ramp will be provided for passengers who need assistance with the step up to the trains.

Welcoming today’s announcements, Tower Hamlets Mayor John Biggs said the new facilities and he Elizabeth line will provide “a real gain for residents and a boost to our local economy”.

London Underground managing director Andy Lord described the station as “stunning” and highlighted its “green roof” as a boon for biodiversity. He said Underground staff are already becoming acquainted with the new station and added: “I know when the Elizabeth line opens next year it will provide another vital addition to the local community.”