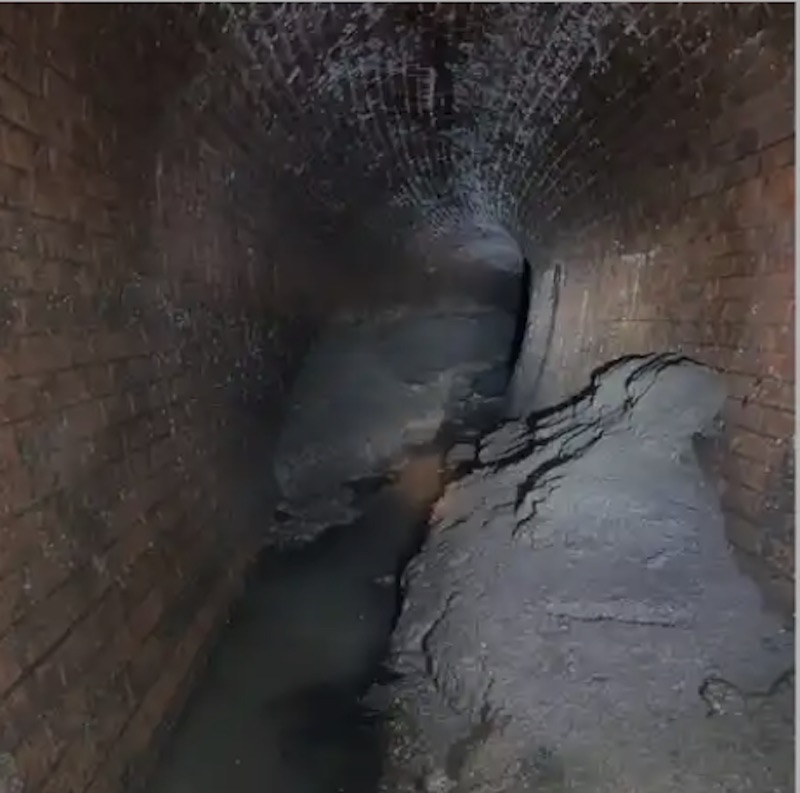 The Dame has just heard that one insurance company told a policyholder that it was relaxed about paying out as it intended to sue Thames Water. This is good news. The combined assets of the major insurers mean that they can really bash up the crooked and corrupt foreign owned Thames Water.

The picture above is of a mass of fat and other material allowed to build up by Thames Water.

In pre privatisation days there were teams of workers preventing these buildups.

In 2019 Thames Water spent just £18 million cleaning our sewers. In that same year, it made an operating profit of £513m

A Financial Times investigation revealed that ThamesWater paid no corporation tax between 2011-15.

They also lose 677.2 million litres of water per day through old and leaky pipes – more than any other water company!

Oveseas shareholders benefited from this scandal to the tune of £392 million in profits between 2013-2017.

In the main, those shareholders were from China and the Middle East.

Profits that should have been retained to maintain a continuous programme of maintenance and upgrading are being syphoned off to foreign investors.

Thames Water is run not for the benefit of us consumers but foreign sovereign funds.

‘Observer’ has commented that Felicity Buchan is in her stride holding Thames Water to account.

When the chairman of Thames Water presents to parliamentary committees he bamboozles members with incomprehensible stats. He may have met his match in Buchan who has a forensic grasp of corporate trickery.

Felicity, this is your moment!

posted by the Dame at From The Hornet’s Nest