Bemoaning a lack of Englishness might be missing the point 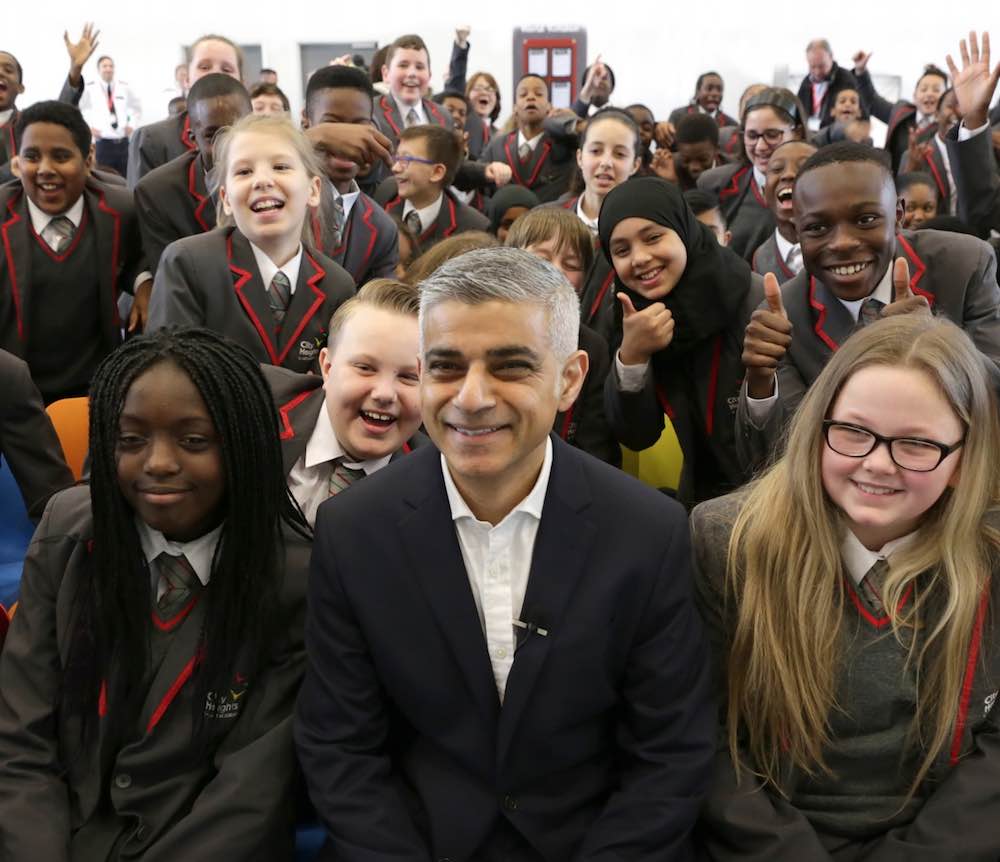 Tom Smail lives along Green Lanes, on the stretch between Manor House and Turnpike Lane. For Prospect magazine, he writes:

“Despite the delights of Green Lanes, I find myself progressively overwhelmed by diversity. I miss Englishness. I miss English. When I hear it, I miss English accents and conversation with someone who understands colloquialisms and references. Even mundane pleasantries at the bus stop are made difficult, if not impossible, by linguistic challenges and a lack of common culture.”

My response to this is partly personal. I have lived in London since 1979 when I was 21 years-old, but was born and raised in a part of England where everyone spoke English – in most cases only English – and where ethnic and cultural diversity was about three people short of non-existent. The mere thought of returning there to live makes me shudder. The culture there – still there – is one I have very little in common with.

I know nothing about Smail except that he is a composer and musician and, judging by photos of him and by what he has written, a white Briton and an Englishman. Given that he and I appear alike in this respect, as well as both being Londoners, it seems worth offering the general observation that feelings about diversity of the kinds in question here can be influenced by all manner of personal factors, such as temperament, taste and life experience.

But, as you might have guessed, those are not the issues Smail’s article focuses on. Rather, it is concerned with his unease arising from, as he puts it, “feeling like a stranger in a once familiar land”. Smail writes that he experiences this emotion notwithstanding his area’s “community spirit” its “good people that I know and greet” and its excellent greengrocers and restaurants.

He mentions that he has a French wife and Italian stepchildren, and he stresses that he speaks four languages and is “fascinated by accents and dialects”. At the same time, he asserts that, “Immigration has become not, as I once thought, a welcome addition to the English way of life, but a source of disquiet”. He specifies his problem as being not with immigration full stop but “quite simply because of its scale”, which is rendering him “unnerved”.

“Whatever you may think of the concept of national identity, there is undoubtedly a bond that exists between people who share history, geography, culture and language…in order to have a functioning, cohesive society, there needs to be some shared sense of what that society is. National identity resides in memories, myths and traditions. A confident sense of national identity, interestingly, is an essential prerequisite for successful integration…And when the original population begins to lose touch with that identity, it makes it difficult for any immigrant to adopt, maintain and perhaps adapt [to] those national traditions.”

Such sentiments are, of course, not uncommon, although they tend not to be associated with Londoners: in the capital, welcoming immigration and “celebrating diversity” has become an embedded, almost official, orthodoxy which seems to enjoy  most Londoners’ support. That said, Smail’s views are surely not unique among London residents or confined to white English Londoners. Other sorts of Londoners too are unhappy about the rate of overseas immigration into the city and its effects. It’s worth recalling in this context that the 40 per cent of Londoners who voted to leave the European Union was a pretty big minority. Even in the most strongly Remain boroughs, Leavers accounted for upwards of one voter in five.

What should be made of Smail’s dismay? Should it be dismissed or denounced? Or should it be learned from in light of London’s very rapid evolution as a “global city”, as an enlarging urban society and as a constellation of distinctive fast-changing neighbourhoods? At one point, he writes: “I cannot accept that the numerous Britons who hold these views are all racists.” Neither can I. Although people who unquestionably are racist do advance arguments like his, it would be crude and unfair to say that all people who do so are. More of them might be captured by the word “xenophobic”, but even that would be too much of a generalisation, as I imagine Smail would agree.

There are, though, plenty of grounds for disagreeing with him. For instance, is it really true that hearing English spoken less often indicates a weakening of the capital’s social fabric? That depends what you think it’s woven from. I once entered a small branch of Tescos early in the morning to the sound of Asian members of staff chatting in a language I don’t know. One of them, a young woman, apologised as I approached the check out. “What are you sorry about?” I asked her. “We’re not supposed to talk in Hindi when there are customers in,” she said. I told her not to worry, it hadn’t bothered me a bit and, in fact, I’d found her and her colleagues’ absorption in their conversation quite amusing. And now, here we were, laughing about it in English. It was, I felt, a very London interaction – a small comedy of difference dissolving into shared discovery.

Another anecdote: a while back, I visited a London politician in their family home. The politician’s mother opened the door to me and it was quickly clear that she spoke little if any English at all. Her London-born progeny did, though, and in pretty much straight up RP. In an echo of Nigel Farage’s complaint about hearing only foreign languages when on a train travelling outward from Charing Cross, Smail says he travels often on buses but hears no English spoken by fellow passengers. This stirs in him “a sense of detachment, of distance”. Had the politician and the mother been on the bus together, they would not have spoken to each other in English. But the politician speaks in perfect, orthodox English all the time.

There are many forms of English spoken all over the UK, including in London, that I can have trouble understanding. That’s not surprising – they weren’t created by or designed for me. What linguists call Multicultural London English is now heard pretty much everywhere across the capital – sometimes far too loudly on buses – and I find some of that unintelligible. An older form of London dialect, cockney, is but one of the capital’s secret languages, all of them English or mixed up with languages from elsewhere. They’ve been around for generations. There is a lot to be said for all Londoners in this polyglot metropolis being able to speak English well, because it makes it easier to enjoy all that the city has to offer. But did we ever all speak it in the same way, and if everyone did so now would that bind us all more tightly in a beneficial common purpose?

A survey conducted last year found that a London identity – an emotional attachment and sense of belonging to the city or a part of it – is quickly acquired by newcomers and is as strong as it was 40 years ago, for all the population churn and change there’s been. “Strength in diversity” can be a cliche that avoids inconvenient tensions, yet it’s a concept that many Londoners seem to relate to. Smail writes wistfully of national memories, myths and traditions and fears they have gone missing, but isn’t London’s kaleidoscopic pluralism and Londoners’ daily participation in it simply a very London form of what he craves? It’s not “Englishness” as Smail understands it and it’s not a national identity. But so what?

I see myself as a London Englishman, marked and moulded by many things that might be termed “very English”, including village cricket, punk rock, Monty Python and Sunday roast. Yet none of that is in conflict with my primary identity as a Londoner, a citizen of a profoundly cosmopolitan city who values a 30-year attachment to my local area and at the same time relishes the freedom the wider city bestows for disappearing into infinite, unfamiliar variety.

To return to an opening point, where you stand on these debates often depends on where you have come from, what you want to leave behind and what you are looking for. Tom Smail and others who share his kind of unease should be listened to with care rather than reactively attacked, just as London needs to remember and understand its minority of Leavers and those who struggle with its pace of change. For me, though, it is the changeableness, heterogeneity and unpredictability of the city that daily form and reinforce its character and history; that make it enthralling, heartening and miraculous; that make it a place to which I feel I belong. I do not seem to be alone.

Dave Hill: Does London’s diversity weaken its social fabric? Or is it the very stuff it’s woven from?